Chief is a King?

Federal Service for Execution of Punishment is flooded with scandals. Human defenders state that a prisoner is probably beaten and his lawyer is threaten to be raped. The prisoner says about tortures towards him and that his life is in danger. The first scandal is connected with beaten prisoner from the penal colony № 62. 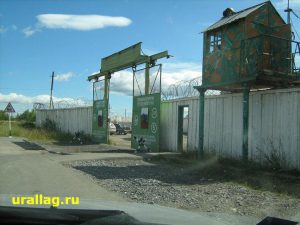 — We have information that the prisoner Kavalerov in the end of October 2012 was beaten by prison personnel. As a result he fell into a coma. In the prison hospital of colony № 55 he underwent a surgery, they removed him spleen. We were not admitted to visit him, a lawyer Kachanov got reject as well, motivating it that the prisoner refused from legal help. We suspect that he was threaten, — says defender Aleksey Sokolov. 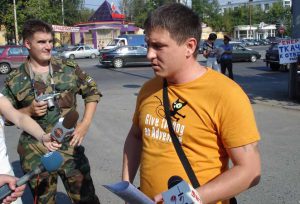 Everything began with letter which Roman Kachanov got from  S. Aliemnteeva- sister of D. Kavalerov (prisoner of Ivdel’s colony № 62). Alimentiyeva told that on 24, October a man from colony № 62 called her and said that her brother was beaten by personnel and after that he was transferred to prison hospital № 55 where he underwent surgery and fell into a coma.

Alimentyeva asked for help. Kachanov applied to Severouralsky district department. According to response of Ivdel prosecutor A. Laninkin to a lawyer L. Zakharova: «About 10:30 on 23, October 2012 the prisoner D. Kavalerov, 1980 year of birth, was transferred to hospital № 55. He was diagnosed: «trauman of stomach, spleen». On Kavalerov’s body there was no physical damage.   Also on October 23 Kavalerov had an operation — he was removed the spleen.

The prosecutor’s investigation found that about 6 o’clock in the morning Kavalerov, after a night of work, without pay, stumbled and fell near the toilet. Prosecutors interviewed him and he said that the injury he received in the fall, said that no one could beat him and physical force is not applied to it.

On November 9 materials were sent to the Russian Ministry of Internal Affairs department «Ivdelsky» to the head. For further action. November 12th Ivdelsky Police Department has been ordered not to institute criminal proceedings on the injury Kavalerov. «Due to the absence of a crime,» — said in response Ivdelsky attorney of penal colonies. On November 20, Ivdel prosecutor overturned refusal decision, sending materials through additional investigation. The police failed to conduct a forensic investigation of injury Kavalerov . On November 13 to the chief of the pc № 62 Alexander Gusev, the results of the prosecutor’s investigation of the colony, was made a conclusion, which reflects the fact unsatisfactory organization of supervision of prisoners that created the conditions for Kavalerov injury.    During the prosecutor’s investigation the fact was established that convicts were forced to night «overrated» works. Now the prosecutor’s office finds out what kind of works in the 62 th colony  of convicts? On October, 23, a lawyer L. Zakharova has applied to the Ivdel Chief  «colonies of two fives» a written application for a meeting with Kavalerov. To provide him with legal assistance. However, Kavalerov refused. According to his written statement dated to  November,7 sentenced Kavalerov does not need to meet with a lawyer L. Zakharova — he refuses. Prosecutors interviewed Kavalerov, he  also explained that he wrote a statement, on  his own without pressure and nobody made him to write it. He also said that he doesn’t know Zakharova. On December 6, 2012 the investigator from Severouralsk department of the Investigative Department of the Russian Federation in the Sverdlovsk region B. Vashurin, having examined the application Kachanov on the use of illegal measures against the convicted Kavalerov, made a decision not to institute criminal proceedings. Kavalerov  also said that nobody beat him. He fell and hit … According to the certificate of department -62, prison officials and other persons didn’t use to D. Kavalerov force or special means. — Attorney lawyer made a request and we received a discouraging response. We will appeal the ruling, — says Alexey Sokolov. — We have doubts that he fell on his back, you can get a blunt abdominal trauma as a result to lose the spleen …

The second case — the story of a prisoner Knyazev, which has long been under the close supervision of human rights defenders. However, more and more details are appearing, so it’s getting more scary.

— The fate of the convicted Knyazev is for a long time under the control of public organizations, but apparently it does not bother the administration of penal colony-2, moreover, the law on public control is ignored. Received on January 3 this year, a notice of the members of the Public Monitoring Committee -Kalaev and Bashkov, that is me with, a copy of the permition  for photos and video of the convicted Vitaly Knyazev, deputy head of the penal colony-2 Edunov told me that he will not allow to bring the camera to convicted Knyazev. Even a reminder of the prosecutor’s representation that has already been made for a similar infringement of the administartion, do not bother Edunov! I had no choice, it was necessary to pass the camera on watch, in order to go there — says human rights activist and blogger Vyacheslav Bashkov. 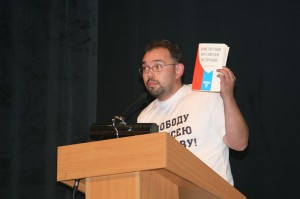 -The reason of actions of administration was found later and it was not the end.  We went to the penal colony № 62 by request of lawyer Larisa Zakharova who is advocate of Knyazev. Larisa told us horrible things about Knyazev and we decided to check. But we couldn’t have opportunity to talk to him without «ears» of administartion. Knyazev was shivering from fear and refused to speak. When I gave him a paper he wrote about crimes there. Chief deputy Edunov guessed what these papers about and ordered to give it back but Knyazev refused. I learnt how to talk to prison staff from Sheklein, he would like it. We wanted to visit another prisoner but we didn’t have chance, they didn’t allow. After I told Zakharova about this visit and gave her copy of his claim. Judging by these circumstances we can be sure that Knyazev’s life is in danger!

To: Public Monitoring Committee of Sverdlovsk region, Bashkov V. A.

I state that drunk prisoners tried to rape human defender Larisa Zakharova who visited me on 26.12. 2012, they closed her in the office, started to grab her saying they were going to have oral sex with her. Larisa began to  shout and called for help, they kept saying that they will tape it. I tried to help her out but they held the doors. When the doors opened Larisa stood in the hall and called for help: «Let me go» while one of the prisoner held her hands and another one said to me: if she told about it, I would be raped in the penal colony № 2. Then prisoner called on the phone saying : Andrey Petrovich, she yelled and was scared.  We will let her go before did something. And we will speak with me, he will not escape. What happened after I’m not going to tell because I’m afraid for my life. My legs are burnt. Why it happened I»ll tell only investigation committee I’m afraid someone kills me or beat. I was forced to write that I have relationship with Larisa.  My life in danger and I’m in conditions that I’m afraid to talk to. I’m ready to tell everything what’s going on here. I don’t want to be raped. I’m not afraid to be beaten or get injuries but my life is in danger.

I ask you to help me to change place of serve where I can witness about all crimes here towards human activist Larisa and burns that I got on 26.12.2012.

Now they will make me to write that there were no crimes and I burnt myself and I don’t need meetings with human defenders. It’s going to be under tortures and pressure. Escape me from here or they will rape me or kill. O cannot speak here.

My injuries are result of lie they want me to tell about Zakharova.

Aleksey Sokolov: The most difficult situation is in Ivdel’s colony № 62. 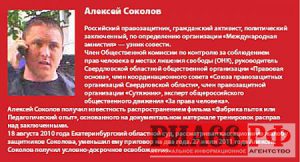 I, as a human defender meet with prisoners in colonies of Sverdlovsk region, provide personal consulting. According to the words of prisoners, the situation is very difficult and very often rights are violated there- said defender in the interview.

problems are the same everywhere. Beatings. They usually beat with bottles filled with water in order no leave marks on the body. Doctors refuse to record these beatings and treat right prisoners. There are also repression from administration to people who try to protect their rights. Also there is a problem like punishment room and pressing rooms on fake reasons. Prisoners are in one man cells which is illegal. Prisoners are often transferred to other regions and they lose their social connections. Administration takes away food, stuff and money.
Matter of fact, the presence of slave labor. Actually prisoner is forced to sign a paper where he says he wants to work more than 2 hours. According to the prisoners they must work there on dangerous places without payment. I faced a situation when prisoners have to work even with serious disease which leads to worse problems with health. I think the biggest problem of our correctional system is no work of prosecutor’s office who just writes papers without actions.

— Which is the most problematic colony in North Ural?

-penal colony № 62 in Ivdel. We got a lot of claims about tortures and beatings, slave labor. All claims go illegally. We sent many claims also on colony and on the Head of it -Gusev Aleksandr. But almost didn’t get a response. Gusev breaks the law and didn’t hide.

In August 2012 Sheklein visited this colony and tried to meet with prisoner who was beaten. Sheklein got  hypertensic crisis.
In October 2012 we tried to meet with prisoners  but heaf deputy Svyatoduhov said to us he didn’t let a meeting and refused to sign any papers. That day we sent a claim and in one month we got response that Svyatoduhov didn’t see us and nobody asked him about meetings. But my request was registered  in the colony.
In November Gusev didn’t admit twice Roman Kachanov. He came to provide legal help. While talking to Kachanov Gusev admitted that he broke the law but added that he could do in his own facility. kachanov supposes that he was not let there because those prisoners under tortures and he might be a witness of these crimes.

On 24 December 2012 Gusev again refused to give a meeting to Kachanov. He explained it that we have to notarize all our claims from relatives who want him to provide legal help for their relatives. We will go to the court.
By the way on 17 December Sverdlovsk regional court declared illegal actions of colony 62№62, 63. Thus court stated that Gusev violates the law. Probably it will influence his career. It’s usual thing to break the law in Russia.

According to «legal Basis» during 6 months prosecutors examined 418 claims of prisoners, 39 out of them are proved true.

P.S. To regional Federal Service for Execution of punishment.