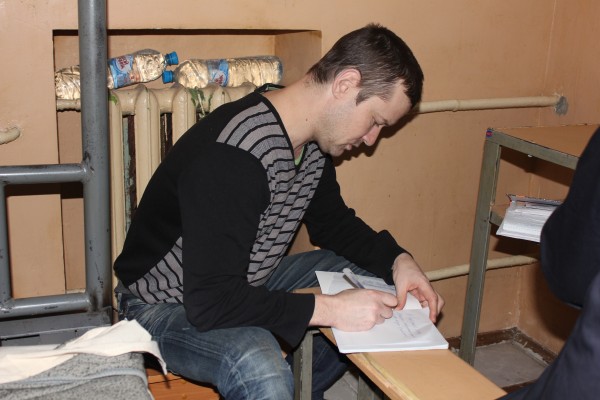 As I predicted in Irkutsk pre detention center, my exile to Siberia will be only pretext for huge pressure on me in order to get necessary testimony from me against leaders of opposition, to be exact I have to calumniate my friends. I am not really involved into the 15 years case of robbery with violence in Angarsk. Moreover when I found out I was suspected, I came in police station and pleaded not guilty. But anyway I was arrested for 10 days, so I was shocked. After all in 10 days I was free from restrain, in couple weeks they gave me back all papers and stuff taken from my place during rummage. Then all suspicions were ended. Only in 2012 in «Lefortovo» after being arrested under 212 political article I found out that «idiotic» case was closed in 2008 and completely annulated . How huge surprise I had when I got information that case was reopened. In prison you can meet a lot of juristically experienced people and all of them say that it’s really impossible. But it happened to me anyway.. I want to mention I have never committed any crimes in my life. But in Irkutsk pre detention center experienced people explained to me it’s most likely that the will «make» fake case and keep me in the prison of Irkutsk till the time I agree to take an investigation’s side and follow their directions in this political provocation against Russian opposition. Despite of chances to stay in prison for a long time and rot here I am not going to give up but I can admit it’s not easy. Besides I’m sure under some circumstances they can kill me presenting it as either a suicide or death from disease. I state that I am not going to commit suicide and fell generally well. If something happens to me I ask not to believe in official version. Also I ask not to trust any «confession» or «revelatory» testimony by me without lawyers, particularly without Dmitry Agranovsky. I want to emphasize that now I am under big pressure, cannot be more specific in this letter. Despite of having hardship I am not angry with people who commit crime against me. Partly I feel sorry for them because investigators, judges and some prisoners are forced to do it. I feel sorry for them. But I have offence for my country because out investigators likely cannot follow the law and take provocative acts in this political deal. In general all those methods grow only disbelief to government, cut off authority of country in and out of territory. Even if law-abiding investigators cannot figure our case out, what can we say about regular cases and simple investigators?

Actually I am illegally being kept in prison in Irkutsk. My Angarsk case officially closed for the second time due to term of limitation (15 years). My lawyers have official paper from investigator about closing that case and prisoner transfer to Moscow. But now (unreadable) testimony, even though I officially refused from medical testing and medication. I will stay in Irkutsk (as I was promised) till I calumniate my friends and also means I might stay here forever. Here I have a ray of hope that one day in our country the law will be abided, power will be in dialogue and under control. Nevertheless I’m happy from these thoughts because I will make a contribution to future bright and good life. 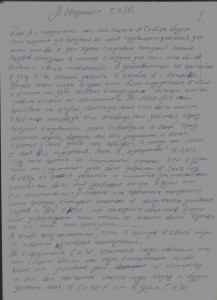 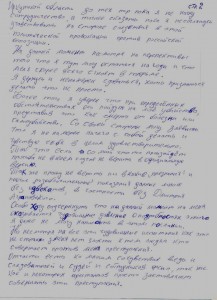 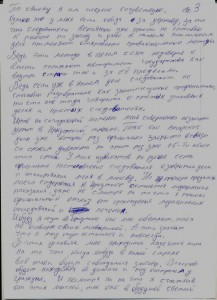 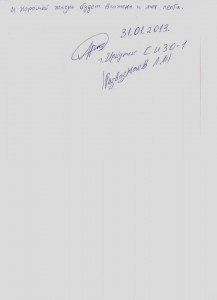 Links on the topic: