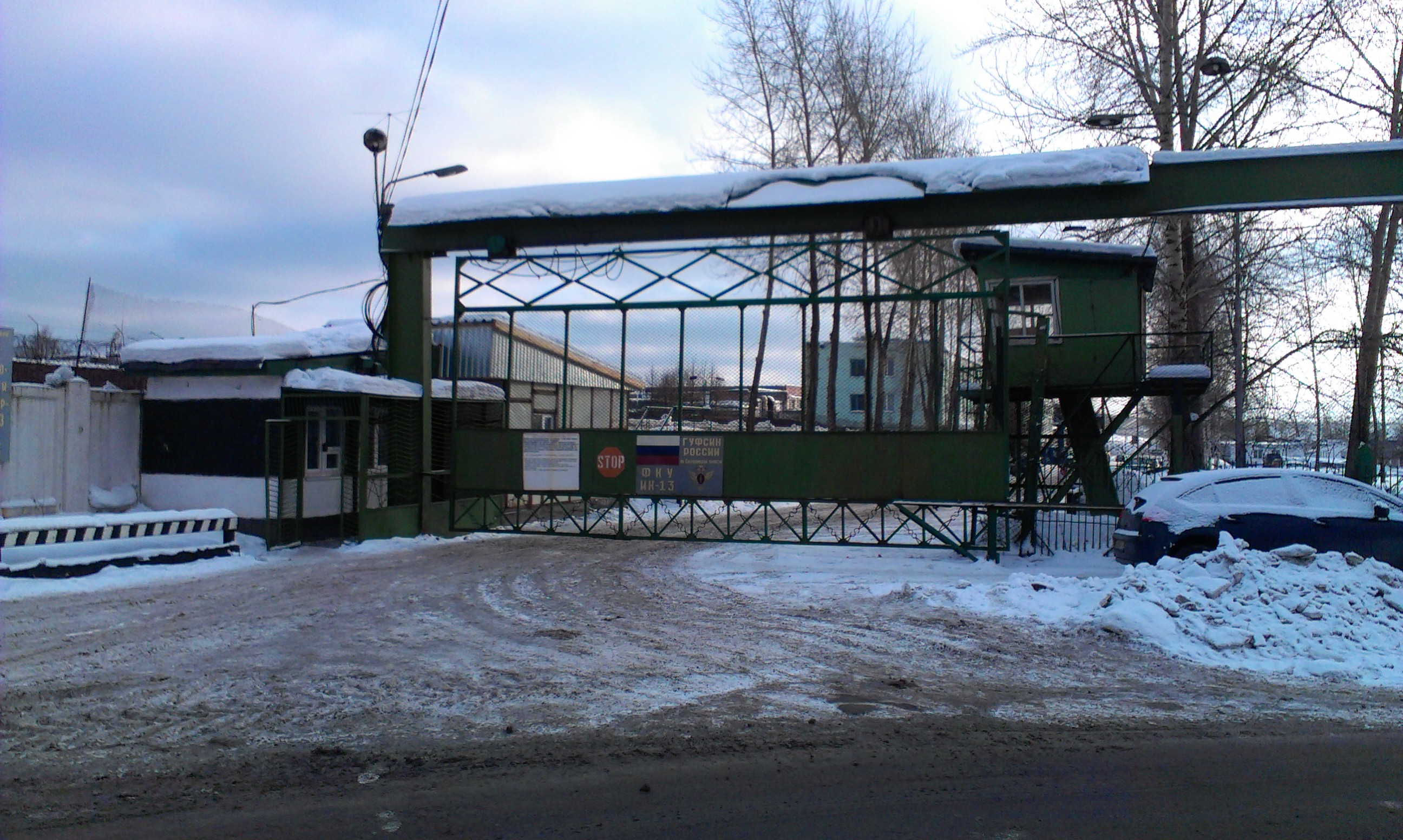 We, together with A. Sokolov, human right defender, visited political prisoner Igor Matveyev who is in penal colony №13on February 7. This colony is located on territory of Nizhni Tagil city and people from different law-enforcement departments, judges and lawyers are served their sentences there.

At half past 10 in the morning, we entered the colony territory and tried to get legal opportunity to meet prisoner. But every time we face problems. So, on the fourth of November, Roman Kachanov and me were rejected and on the seventh of November we got only 45 minutes for meeting. As a result, we made a complaint to public prosecution office and they held a decision to correct a violation.

This time we got a meeting but we could not avoid problems. The meeting was provided only in the presence of colony personnel and Aleksey Sokolov was not admitted because he did not have a letter of attorney from Matveyev. The fact that representative of human rights organization does not need this paper does not make sense for prison officers. After thirty minutes of legal informing, we got meeting, but separately what is very uncomfortably for joint protection of political prisoner. However, it was not the last inconvenience we overcame.

At 11 o’clock I was admitted into the room for meeting. Here from one side, prisoners’ relatives are sitting in a row, lawyers and human rights defenders, and from another side — prisoners behind partition. In penal colony №-13 -equality. Conditions are the same for everyone. The difference is only that there is an additional lamp above the working place and the partition is made of not transparent plastic but of grill through you can pass documents to prisoner for familiarization. Needless to say that there is no way for joint work of lawyer and his defendant and of course no privacy of meeting.

As I did not get a private meeting, my seat was the first in a row close to guards room. It’s very «convenient» for prison personnel. They are able to listen to all conversations without problems. The transparent partition was removed and we could communicate without obstacle. Aleksey was not so lucky. As Sokolov said, he spoke with Matveyev through partition over the phone in the presence of prison officer. We could not work with documents together, there is no way for legal help. It seems like we have been on bus station. We had to shout among loudly speaking relatives and their conversation met the ear of others, including lawyer who came for another accused. This lawyer was no separated from other people and the difference between relatives and him was only that he had a soft not metal chair.

It appeared that all activities of prison personnel had a reason. Matveyev had something to tell, prison guards had something to hear. After information about Matveyev began to appear in newspapers of Sverdlovsk region, authorities of colony made hard life for him. According to Igor he got two disciplinary penalties. He got the first penalty on 28 of January because he did not greet the head of punishment cell. The second one he got on the 31 of January for coming without permission in videoconferencing room. He was not admitted to three court sessions because he was convoyed by officer on duty not by the head of detachment.

According to Igor Matveyev, he is deprived access to justice, courts sessions take place in other cities and he cannot answer inquires of courts in time. Colony staff send simple letters without post stamps (that contravenes the law), they have to do it. As those letters are not personal correspondence, prison staff must send them at the expense of colony. Besides, Matveyev cannot appeal against head and personnel of colony because the head of special records in penal colony № 13 M.M Bergman refused to take complaints and other legal papers from without reasons. 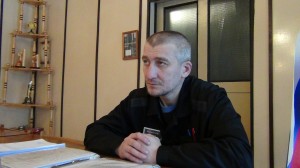 Matveyev said that he tried to give claims in order of public prosecution office during personal visit but he refused to take them. He explained that envelopes and stamps were not attached to the documents. Matveyev was suggested to drop his letters into regular post box. But it is like to deliver documents through trash can. There are no evidence of sending mail left. So, we do not what happened to letter of attorney which was prepared for lawyer Kachanov by Matveyev. He was forced to drop it into regular post box but according to Matveyev’s words whether it was authenticated by the head of colony or not, he did not know. It turned to be that Matveyev is in blockage and he cannot protect his rights. I became witness of what I can call only outrage. I needed two responses from public prosecution office, Nizhniy Tagil regarding to violated rights of accused Matveyev, but officer of penal colony № 13, as he called himself Normurodov, forbade Matveyev to keep these documents, and he offered me to pass them through special department. As a result, Matveyev could not work with those documents in my presence and I lost more than an hour trying to give documents through special department. In the end, I could manage to do it. Personnel of this department was shocked because official papers from public prosecution office are not supposed to be censored.

But the biggest furor was caused by book for Matveyev «Handbook for prisoners and their relatives» that I gave to him. This book was written by famous human rights defenders Babushkin and Mayakov and published by «Legal Basis». The book is legal guide book. It seems that prison personnel considered this book as «extremely dangerous» .

The situation with Igor Matveyev is required immediate actions from public. Authorities of penal colony № 13, while waiting for Matveyev’s transfer t and to Vladivostok, seem to make their easier by not taking any measures for his claims and make it more difficult for human rights defenders.

I hope that those actions will find justice from public prosecutor officers, courts and others. And as for Igor, he does not stay without legal help. On February, 12 lawyers are coming to Matveyev and they will try to take measures to protect his rights.

Photo: Igor Matveyev on the meeting with Public Monitoring Committee members in November, 2012.