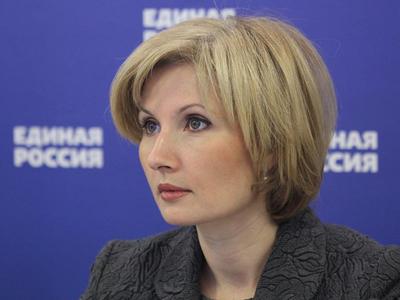 How much time does it take to turn «black» into «white» and back for the State Duma’s  deputy? It is proved by experimental way that «United Russia» fraction representative can completely change his opinion for five months.

On July 10, 2012 Bataina emotionally agitated deputies to ratify agreement with USA about international adoption. In other words she convinced to protect the right of  Russian children to be adopted by American families.

«Renunciation of ratification  leaves all children to fend for themselves who are no protected by Russia. Unfortunately, children cannot be set for normal life on the Russian territory», — appeared deputy Batalina on the Parliament tribune. But in the winter opinion of fraction was swayed and together with it Batalina changed her line. Already on December 19, 2012 she criticized her ideas of five months ago.

«It is immoral to put cares about Russian children on people from any other country. We do not have rights to deprive these kids their home, motherland and opportunity to learn their traditions.»

Here there are her speeches:

Batalina is not simple deputy of State Duma. She is close to the Kremlin deputy chief of administration Vyacheslav Bolodin, who replaced Vladislav Surkov, advisor of internal affairs. Because of  Volodin she got a deputy seat, moved from Saratov to Moscow and became public person of «United Russia» in the Parliament. Batalina is bright representative of  «Volodin’s deputies».

Zheleznyak -teaches us to love motherland but sends his family abroad.

Burmatov- worries about education, but at the same time steals candidate’s thesis.

And now here is Batalina — hypocritically playing with children’ destinies in the State Duma depending on political climate.