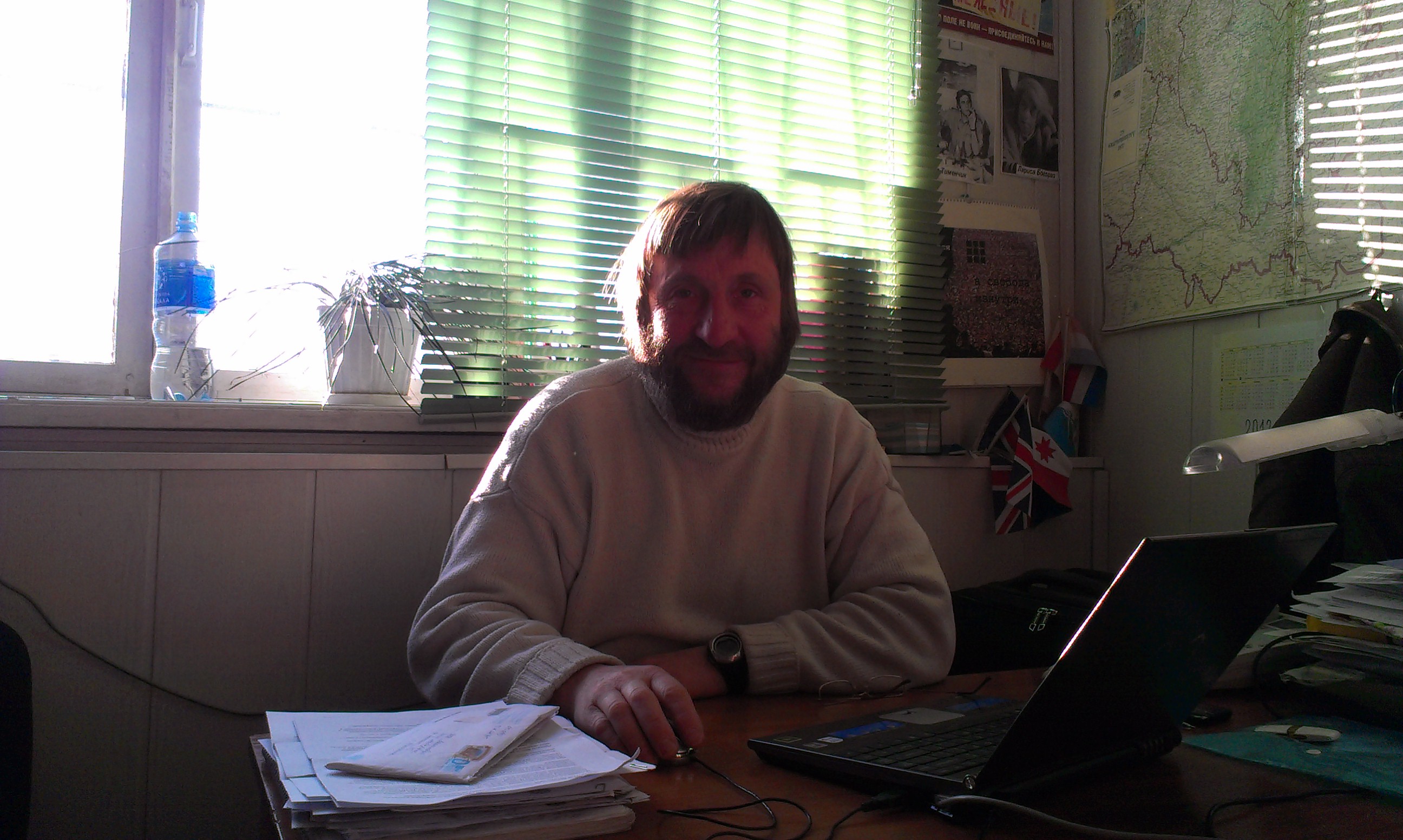 —      Do you hear steps on the stairs? –asked Koroviyev, playing with teaspoon in coffee cup.

—      They are going to arrest us,-replied Azazello and drunk cognac shot.

(Michail Bulgakov, “The Master and Margarita”)

It’s hard to find a black cat in the dark room, especially when there is no a cat.

There is no doubt that life of someone who has self-esteem feeling is very difficult in any society, in any formation.  But in double measure life is harder either for a person who doesn’t have feelings at all or for someone who is forced to put his feeling into very “famous” place in order to keep his working place. It seems I want to feel sorry for the “poor” guy, however sympathy doesn’t appear somehow – just opposite:  either disgust or sarcasm arouse in the soul.

Many years ago I had a story. I’ve written an article about corruption in administration of closed city. There was Internet at all, so we published small city bulletin, and there was my article.

Exactly in couple days after publication the admiring policeman came over and shook my hands and gave thanks to me for that article. The case (Art.209) was initiated, filed a charge to corruptionist, who shivered and got ready for a prison time. However Prosecutor (who soon anyway lost his position), desperately hating me, didn’t approve an accusation: he admitted a fact of bribe, but he decided that amount of bribe is not so big, that’s why the case should be finished AND institute criminal proceedings against not bribe taker but ME –for defamation.

And that “admiring” policeman who thanked me began to falsify accusation against me. He –captain, former officer of Soviet army felt shame, because he understood that he was involved into fraud and he tried to finish the case any means but – following order from authorities and interrogations kept going on. In the end when a moment for accusation came, that captain said: I cannot help out, Nikolay Alekseevich, if I don’t initiate the accusation, I’ll be fired. And I have two kids and 6 months are left for retirement”. I noticed with smile that if you hide behind your two kids, I have tree, here is my priority, but I didn’t oppose him to put his officer honor and simple decency into “famous” place.  I’ve been tried (but accusation was not held) and as for captain – I have no idea about his destiny. But I suppose that he didn’t feel guilty a lot and his children, I hope they were raised without hardship.

Long after I am in situation of no moral choice: people don’t want to take part in low facts, but anyway they take part, because nobody wants to lose position and career. Authorities calls “witch hunt” – for nonprofit organizations. Twists and turns of authorities already leave people cold. They don’t care.

Nonprofit organizations already have experienced not once law toughening against them, although after Civil Forum I authorities should be sure that there is no danger from these organizations. But I’m about to say that our government is stupid that’s why they are afraid of everything and again try to strangle innocents and absolutely not oppositional crowds of socially active people.

We ignored their last “entertainment”: want to check – go on, as much as you can. Because we don’t do anything illegal. We clearly understand that if power structures want to press us, they can do it for 3 days or even for 3 hours. There a lot of examples, no need to show them. So, we just were waiting for someone coming for us. This day came.

Very politely, really politely as happens not often. Prosecutor office called us and asked for a meeting (they don’t break in with TV channels and revenue service); they only asked to arrive in time with papers and reports on foreign money. By the way we found out that there were no our organizations on a list from General Prosecutor, there was only old name that is the same with our project. I state – “witch hunt”, those lists were drawn up not according to problems but simply numbers.

We didn’t hide; I brought papers from all our 4 organizations, even if there was no one on a list. They got documents, I was asked politely and that’s it, prosecutors assured themselves that we don’t fall under new “entertainment” of deputies “foreign spy”.

Fun began in couple weeks when Moscow have read a report about us, read and burst into rage, how come they are not spies? How come they do enlightenment not political activities? You can say that I may lie, because you didn’t hear if they said it. You have not been a witness.  No, I’ve been here in the Urals: the way prosecutors work, what they ask and how they were called up on the carpet. They went back, said their sorry and asked other documents. Cycle repeats: new orders, new headache.

After I saw “magical” papers – list what to check, to ask. Across the internet some publications appeared how prosecutors work there, the same list of actions. I saw this scheme. It’s very simple.

The task was… If to say allegorically: “to kill with the list”. This list includes not only organizations, but mainly everything with the word “human defender”. But it failed. They didn’t find any proofs about “4 billion of dollars”, human defenders didn’t show themselves as foreign spies.  Well, no statistics. Then they drew up new scheme that I’ve seen. The sense is if to find necessary number of criminals was not possible, to smear us into mud.

Besides mud, there is more important task: to prepare everything for the next repression, if there is nothing wrong now, soon we’ll find. Here is the trick: according to “Law about Prosecutor”: “In order to prevent offenses and there is information about upcoming illegal actions, prosecutor directs in written form to officials, , civic leaders (religious) associations and other people warning about the inadmissibility violation of the law, «i.e., prosecutor’s warning should be stated only when there is evidence of impending illegal acts.” If you read it again, you can notice that there is no even a word that we violated something. But warning: to violate law about nonprofit organizations prohibited. The question: can we break any others? Why they are not saying about impossibility to kill people.

We can conclude that campaign of prosecutor: on warning for nonprofit organizations getting financing from abroad –is only provocation that aiming to close all nonprofit organizations soon. It’s easy to check it: to file a charge against fake warnings and watch reaction in the court. If there is no cancellation, it’s time to wait for fines, closing of nonprofit organizations. Read these warnings in the Internet, you will notice the words are the same. It shows special-order character, not legal.  We still look only at bright sides and stay optimists. What is good here?? – exclaims the reader.

Campaign of searching “foreign spy” is a copy of campaign for destroying “public enemies” in 1937: the same way, strict orders from Moscow. But the difference is in 1937 I’d be lying with a headshot in unknown grave. Nowadays they try only to smear you in mud. I see only good things because there is a quote: “Thanks that I’m alive”. Positive fact is that direction “to kill like dogs” didn’t meet support in local bodies. About moral statutes, conscience I mentioned above, and the fact that they didn’t support that idea is very good sign.  In Soviet times government was based on fear of simple people and millions of with big pleasure killed their neighbors. Nowadays there is such a source- it’s over. These are positive things in “witch hunt”.

This hunt is not over and I suppose it’ll expend.  Because government very soon will feel disappointment from “statistics”: hundreds (or maybe even all 654 nonprofit organizations, getting financing from abroad) will get not legal warnings, so then government should go further. As our authorities are not smart enough, they don’t arsenal for controlling people, so there is only fact – to keep pressing. First they will start closing nonprofit organizations, then forbid any financing from abroad that will result in death of thousands children who survive only because of financing from abroad. After government will start arrest people. Now searching of “black cat in the dark room” going on, unfortunately, Moscow doesn’t read Confucius and  I doubt if they even know him. It’s a pity that we didn’t live in epoch of changes because I cannot call events in our country changes of formation, no way.