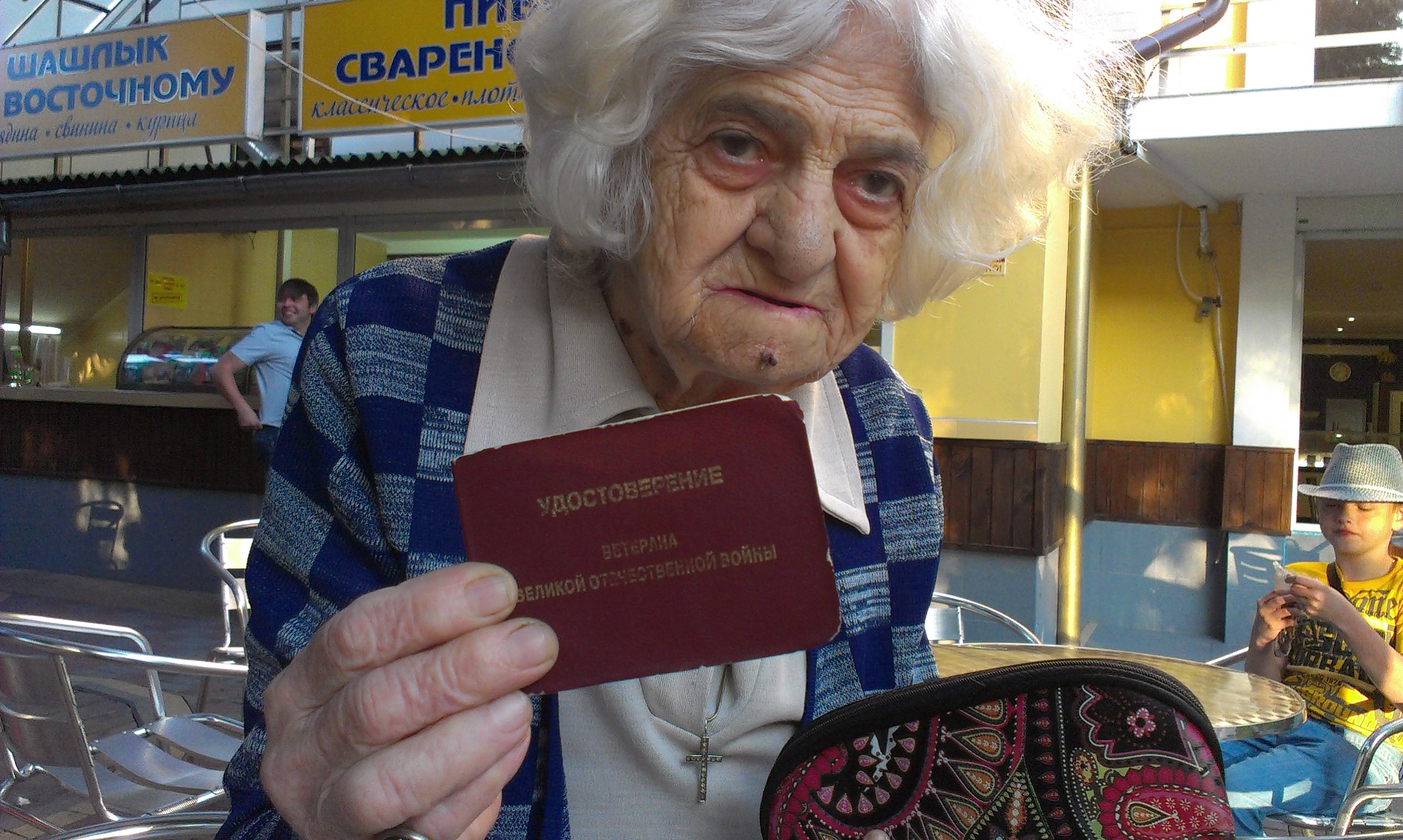 On the eve of Great Victory’s Day Dina Latypova, Svetlana Sharaya and me have been in summer café in Lazarevskoe of Krasnodar region. We noticed 80 years old woman asking alms of people. Coming to us she said that she is a veteran of war, tomorrow is holiday and asked money for bread. Deep inside I was filled with indignation at her. So that’s why I asked her why you hide behind “good title” – veteran of war? Do you have any reasons to say it? She didn’t answer and left. I thought that my words worked. I am aware that life in Russia is difficult, not everyone can survive but when people hide behind someone is awful. In 5 minutes this old woman came up to us again and showed her card of veteran, here I became ashamed. Looking at old and worn-out veteran card, looking into her eyes, I almost roared. This offense has taken, in my country, people who have won a great victory over fascism, after 68 years of the end of war, now go begging in the public places and local authorities apparently did not care. I apologized to grandmother. I asked her a few questions and I realized that nobody visits either social worker, or the administration, no one at all! I just remembered that a year ago, before the Victory Day, we brought her 100 rubles. 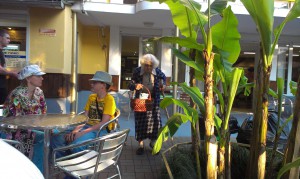 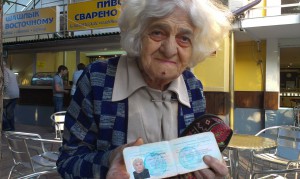 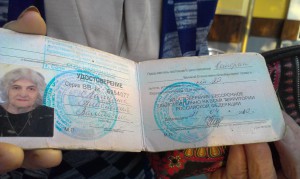 According to her words, she lives on a pension, about 11 thousand rubles. Gas is turned off, relatives just waiting for her death, leaving them a flat. Anastasia Vasilievna, that is the name of the grandmother, told us where she lives, in what conditions, why she has to ask alms, she answered all our questions properly, normal grandmother. We were confused only by one thing, she said that Putin was coming and did nothing, but she has called him. It turned out to be that she called President of Russia and complained on difficulties she went through, but there was no result. In the end Anastasiya Vasilievna gave a chocolate to Svetlana Sharaya and candies to Dina and me and refused to get 100 rubles which Sveta was trying to put into her basket. She left apparently to keep her “work”. 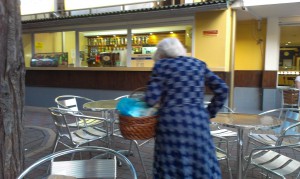 The picture is horrible, 2013; she is a veteran of war and asking alms trying to get some money for bread. Veterans are supposed to get 20 000 rubles as a pension, but Anastasiya Vasilievna gets only 11 000 rubles. Around her local authorities who do nothing. We went to her place next day but there was no her there. 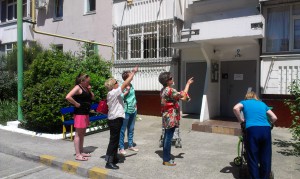 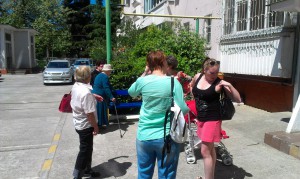 Flat is pretty good on the 4th floor. Neighbors say only good things about her, feel sorry for her and prove that all relatives just wait for her death.  Nobody visits her, nobody cares. I wanted to tape it but people refused because nobody wants to have problems. You will not get help from authorities but they can organize many problems.

Today is holiday, there is nobody in the administration, what to do?

I think first is to write a letter to the governor of Krasnodar region – Tkachev A. N, here is his mail: post@krasnodar.ru is someone wants to join. After holidays we will decide how to help VETERAN OF WAR.

We got Anastasiya Aleksandrovna’s  phone number and we will keep up to date.