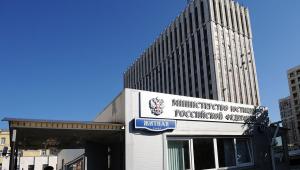 Draft law regulates formation of guardian board in the colonies. The main aim- to change relations between relatives and administration of colony.

Ministry of Justice offers  to legalize extortion of money from relatives from convicts’ families. Corresponding amendments to Penal Execution Code were made by Ministry in Duma, says newspaper «Komersant» on June, 3.

Draft law regulates formation of guardian boards in the prisons, specifies source. According to the source from Ministry, the main aim- to change relations between relatives and administration of colony. In fact this issue is about legalization financial aid to prisoners, which now is provided unofficially.

«Relations will be getting more civilized, — says source.- If relatives want to help the colony out, they don’t need to address to the administration  — this problem can be fixed without bribe.»

It is expected that guardian boards will have their own budget. Also either citizens or representatives of any legal organizations can be members of these boards.

The right to modify order of formation of guardian boards, duration and competence is up to Ministry of Justice. The Head of human defenders  project «Gulagu.net» Vladimir Osechkin supports this idea. In his opinion, it is going to be less protest actions.

Journalist Olga Romanova thinks that guardian boards — «next fraud». «Boards will turn into the same Public Monitoring Committee which is flooded with former military prosecutors, staff from Federal Service for Execution of punishment. So soon they will be thievish common fund», -says Romanova to «Komersant». Make a cross on this project we can now, because government is responsible for their formation,- lawyer Dmitry Dinze. Human defender and journalist Oksana Trufanova commented draft law on her Facebook page: «This project is dangerous which cannot be lived out without problems. Before making new law they have to learn how to work according old ones — without extortion, bribery, tortures, humiliation! No way that

guardian boards can control a process of passing money, we all know where quest of money leads in Kopeysk colony № 6″. «Legalization of extortion» never stops protest but makes situation in penitentiary system worse,- says Trufanova.- It is better off watching where budget money go which purpose is colonies.» » In our country authorities take a course to legalize everything that illegally. And they decide to fight with bribery like with other crimes — by legalization of them»,-comments Maxim Gromov — the Head of «Unit of convicts».