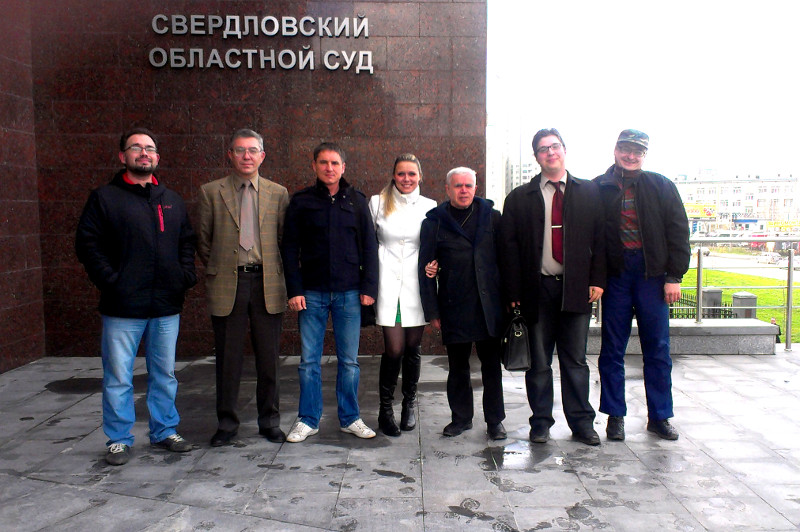 Today, 5 June 2013 in Leninsky regional court of Yekaterinburg court hearings by Savinova O.N took place connected with claims of Federal Service for the Execution of Sentences (Kirov region) and penal colony № 11 against human defenders «Legal Basis». The point was protection of non existing reputation of these authorities. Subject was information posted on web source: «Human Defenders of Urals» concerning violations of convicts in the penal colony № 11 in Kirov region.

Upon arrival to the court Aleksey Sokolov, Roman Kachanov and Larisa Zakharova were pretty surprised  that apart from representatives from Kirov prison facilities there was constant representative of  Federal Service for the Execution of Sentences of Sverdlovsk region. It seems that  Sverdlovsk Federal Service for the Execution of Sentences was involved here which lost previous claims against Ural defenders, however pushes all prison authorities to fight with defenders.

The main point  was about right to publish an article of Lev Ponomarev on site: «Human defenders of Urals»: «They beat and keep doing it» with facts of tortures of convicts in the penal colony № 11 in Kirov region. Aleksey Sokolov and Roman Kachanov stated that this article was only repost from the site of radio «Ekho Moskvy», namely blog of Lev Ponomarev where it was published. Due to this fact judge named as co-defendant «Ekho Moskvy» and Lev Ponomarev as an author.

Hearings will be public (although she forbade videotaping) and might be interesing.