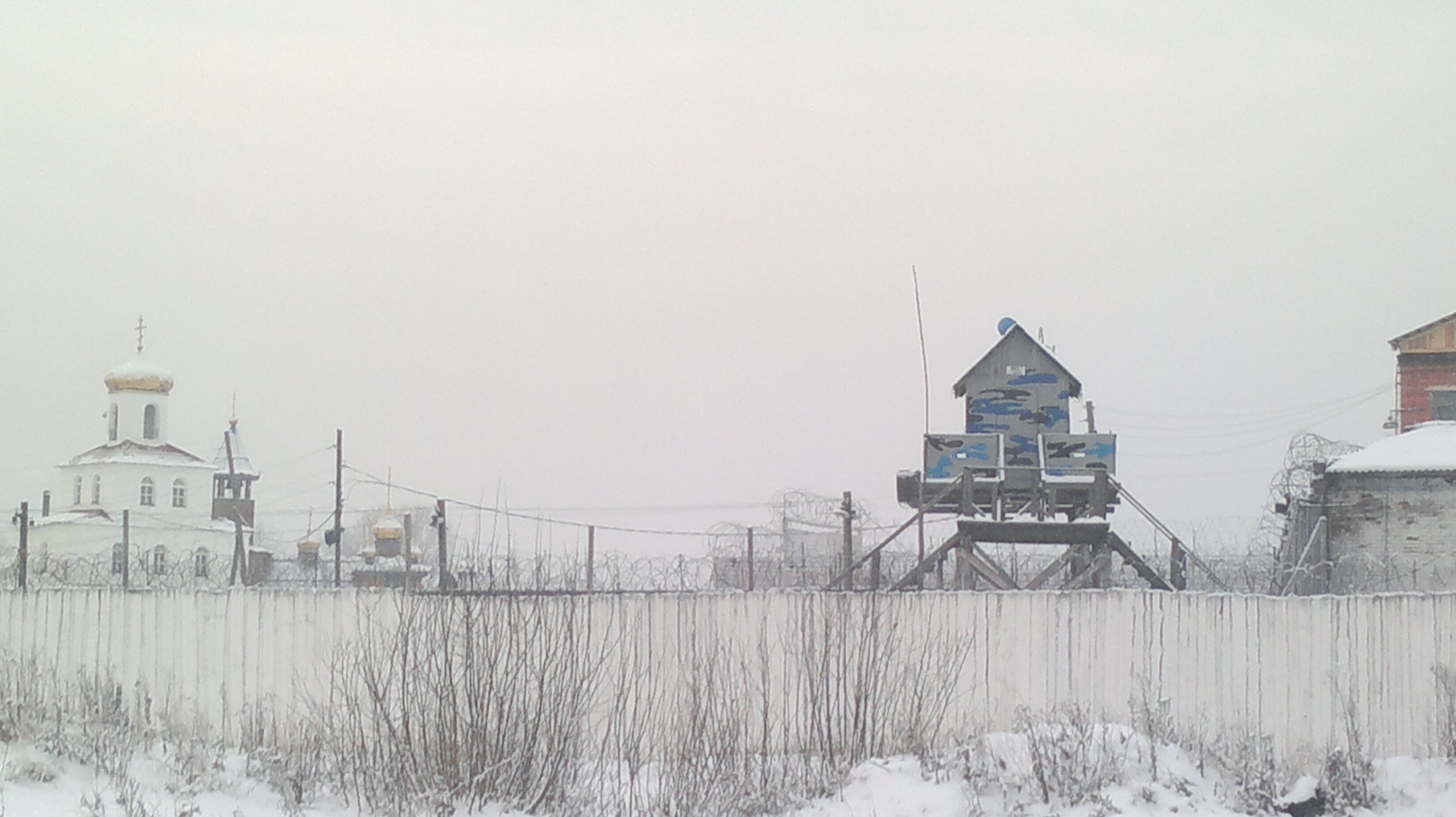 For the first time I’ve heard about Ivdel when I was a child. There many people were detained. That time it seemed to be Godforsaken made of fences, watch tower in snow.

It seemed so far away place and nobody visits inmates and the only one way to be in touch with relatives is sheet of paper.

Years later I’m human rights defender and exactly Ivdel haunts my mind. Such terrible stories are on my mind.

In January 2012 I happened to be there for the first time, I realized I’d never quit it.

In Ivdel correctional facilities №55,62 and 63 are located. Everywhere inmates suffer from conditions called Stalinsky, fascist and torture. For example about №63 former inmates say «hell in hell». How come? It’s difficult to explain because former inmates due to some unreasonable fear are afraid of giving testimony. 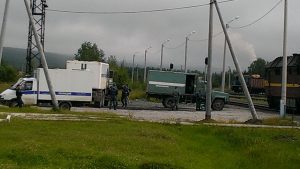 -«In the beginning of September 2008 General Ladik visited penal colony №63 of Ivdel and he noticed in solitary and ward type room many inmates had bodily injuries. Later on Ladik dismissed from post colony Chief Lopatkin.»

-» Protest of convicts were on regular basis there. So on January 17th 2009 againg mass hunger strike was launched: 140 inmates in solitary and ward type room. The reason was low temperature in wards, walls were covered with frost.

Upon instruction when inmate is in solitary his own stuff is taken away including warm clothes, instead they are given work thin clothes with sign SOLITARY on the back. Administration of colony called Ivdel prosecutor for dialogue with inmates. He was drunk. It didn’t work. Second day of hunger strike administration decided to apply physical force, they called backups. Prison officers took out of wards 22 inmates saying to them that officers lead them to colony main office. However inmates happened to be transferred to penal colony №63. Convicts were indignant because nobody gave them warm clothes back and refused to get in the car. After what convoy guard beat them pushing inside and besides they let dogs out. Relatives of convicts saw it. Then when part of convicts were transferred to №63 prison officers came back to solitary and began to open up wards demanding to stop hunger strike. Otherwise they will be transferred to another colony.»

-«On April 6th 2010 group of activists being drunk made round in living zone where they faced not sleeping inmates. Drunk activists began to teach them how to behave, simply beat. Totally about 400 inmates participated in riots. Two of activists died.»

-«On 12th 2010 in squad premises №5 inmates beat several convicts-activists. In the evening 27 were transferred to penal colony №63.»

-On April 2 2011 in mass riots one died and 30 were injured. Riots were organized by inmates who dealt with extortion.»

Common problems at present: slave labor, inmates have to work for 15 hours for free; tortures and violence. In particular beatings from administration officers and activists towards someone who protects himself and sends different claims and complaints. According to convicts thhey apply some other tortures like «standing» in quarantine. As a result even healthy people get problems with legs and feet. Also they are forced to write fake explanation and refusals under physical pressure. In case of making an attempt to write true papers, officer throw it away. Besides convicts state that during searching process officers put fingers in anus even if there are some other ways to check it. They do it to humiliate dignity and to someone they want to punish.

-November 2012-more than 10 inmates cut their veins protesting against beatings.

Convicts give testimonies about common crimes towards prisoners by officers. They were transferred naked to another colony threatening being raped.

Here are some stories who have been through it:

«They can make torture from everything even some concert where you have to go in any weather conditions. Food you should eat fast because canteen is small place for 150 inmates but there more than 2000 people in prison. The first squad get up at 4:30 and goes for breakfast, they wait for a while and together work out with all the rest. Then the second, the third squad. It’s kind of torture as well due to standing for a long time«.

Mass media: in the Urals is coming uprising of convicts. Or Convicts of the most terrifying colonies are getting ready for uprising.

I thought then if it was time because nobody wants to talk about what is happening behind these walls. It seemed there was a hope that authorities will state facts of violations and justice will be served. But this uprising prevented in the beginning. Human rights defender who was aware of violence in colony made a speech as «»the only one real human rights defender » said his sorry to General A.A. Dugin.

They rape and beat to death or to heart attack. Convicts say that one was dying from beatings on their hands and apparently he was transferred to colony 55 where he died «from heart attack». good way. There is something in common, isn’t? 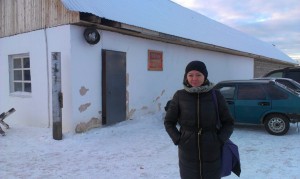 I found out that one convict was beaten and raped by activists and afterwards he knocked on the wards’ door, yelled when commission passed by but nobody came up to him. Everybody pretended they didn’t see it. Then he wrote a claim upon it. Checks, examination but fact of sexual abuse not found. Fact of beatings proved true and criminal case initiated. When I met this convict I saw pain in his eyes and hatred to system. He is scared so far. He stays without protection and despaired. In July 2013 activist provoked him and he fought back protecting his dignity. Later on against him case was filed. And where his «the only one real human rights defender»?

Good situation, nothing to add.

member of Russian section of international society of human rights.