Ivdel. It is always on our minds. As soon we have time we go over there, unfortunately we don’t have it much. According to old scheme: railway station — penal colony № 62 — penal colony № 63 — prosecutor office- judicial committee. We are divided in groups. Somebody — to № 63, others — to № 62, otherwise we don’t make it in time. We know they are looking forward to seeing us.

Administration of penal colony № 62 shows its favorite method — they bring out prisoners’ letters which demonstrate their refusal from legal help. Penitentiary servants get these letters by any means: they tell prisoners that either agreement with us costs 15 000 or simply threaten them. Generally administration deludes prisoners. If convicts don’t refuse from help, they will find other reasons as it has happened not once in colony № 62…

One of the convicts has told that he is being kept in so-called «second quarantine». Rioters and witnesses are telling about this type punishment. With help of «second quarantine» all testimonies were recorded about riots in April 2011 in colony № 62. Among prisoners this torture named «standing».

«Standing» is torture when prisoner is forced to stand with no movement, water and chance to use a restroom for 18-20 hours on feet. According to prisoners it’s very hard, feet are swelled and person go unconscious and by fall they hit head. Such tortures «help» to get testimony and full confession for instance according to Art. 105 of penal code. 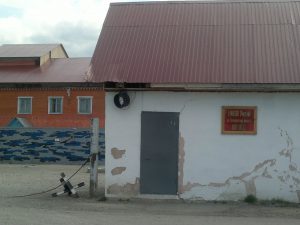 Prisoners from colony № 63 tell the same story. Quarantine, «standing», faint, beatings, humiliations. Everyone who refuses to do what they want go through all tortures.

Squad of strict conditions of detention. Consists of one man cells. Only «activists» follow prisoners out, they beat, insult and provoke.

It has happened to one convict, we have got this information from different prisoners. «Activists» tried to break his will, beat any humanity out of him. He fought back but it was uneven confrontation. Beaten to a pulp by whole squad of «activists» he was thrown into ward where he was told that he belonged to «category of socially low status». That prisoner wrote a claim on sexual battery. Investigator called checks but didn’t find any trace of sexual abuse but she stated facts of beatings and sent all materials to police of Ivdel. Criminal case on beatings was initiated according Art. 116 of Penal Code.

But troubles for him were not ended because «activists» always tried to provoke him by threatening, insults. Due to it prisoner couldn’t handle it anymore and he smashed a fist in stomach. After that immediately a criminal case was initiated over him. Now prisoner go through two criminal cases where he is defendant and victim.

All mentioned above events took place last year but we found out only in the beginning of this summer.

Another human defender «works» upon this case during whole year, he has his own ways. Definitely he doesn’t like to fight with penitentiary system. Meeting a victim with well-known phrase: «Calm down, it happens…». He doesn’t care that prisoner doesn’t have a faith at all in justice after what he has been through.

We want to help. The way we can. We will keep an eye on him.