In colony № 53 we have arrived to check information upon convicts’ claims on beatings by prison staff. In colony we have met with Sozinov Sergey Sergeyevich who performs duties of the head of colony and his deputy for security and field work. During conversation we again had to invoke the law in order to prove our arguments. Over and over prison staff showed us their illiteracy. They allowed a meeting with convicts and asked to come over after lunch, because it was break time. We didn’t want to violate a right on lunch for prison staff and came back at 13-00. 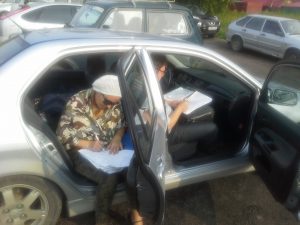 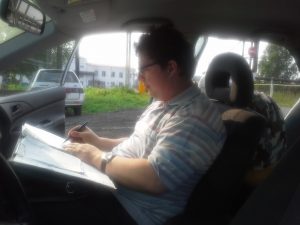 We have been waiting for an hour before they signed out passes and then again waiting for 1 hour in airless meeting room. This room is very stuffy and hot because meeting room is located in close premises, there is no ventilation, windows are closed. Meetings with convicts take place through two windows and two dividers distantly. In the course of waiting Aleksey was outraged because staff on purpose temporized and didn’t bring convicts. After that prison officer demanded that Aleksey left the room as convicts have refused to meet with him. Aleksey asked to bring letters from convicts.Officer promised to give them to Aleksey upon leaving the colony as if deputy for security and field work had those letters and waited for Aleksey outside. 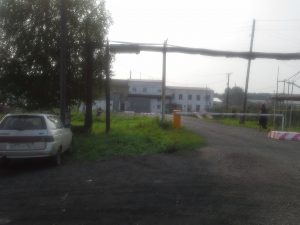 After Aleksey Sokolov has left the room he saw that nobody was waiting for him. Again they deceived. What for? It’s weird. Anyway we have met with convicts and found out the truth about beatings, also about rights violations including smoking. Cigarettes and matches were taken away and were given in once a day during walking time. Administration came up with new punishment. To convince administration that to take cigarettes is illegal was simply impossible. Convicts proved: upon arrival prison staff have beaten them. So called «exercises» for fresh prisoners. We sent a claim to prosecutor.

Next day we arrived in penal colony № 5 of Nizhniy Tagil to participate in court sessions connected with petitions of convicts. They want us to present there as defenders according to Art. 49. Roman Kachanov was admitted, he took part in both court sessions, as for us we were not allowed to be in there. Judge didn’t object to us being there but one of the deputies of colony’s head said: «There was nothing to do for them». Statement on no admittance was not written out. 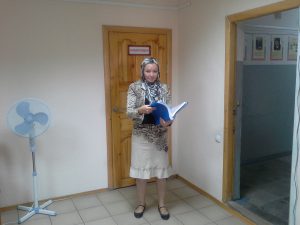 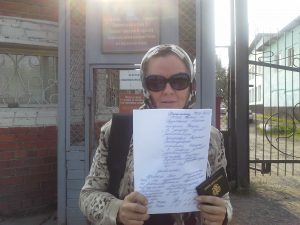 We went to prosecutor office. 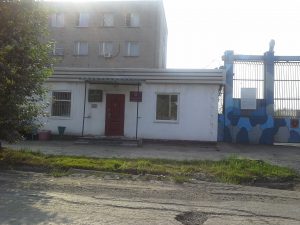 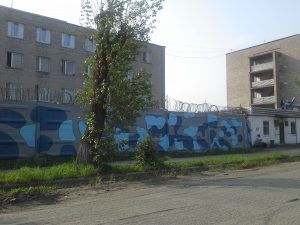 While Roman was waiting he became a witness of law violation in colony № 5. In particular convict N. misbehaved towards lawyers (?) by giving orders to lawyer as if he was administration officer. it seems this convict got used to behave this way, probably he was endued with «special» right by administration. To Roman astonishment other lawyers followed those orders from convict N. saying to them either to leave a corridor or not to whisper or not to pass papers on. In response to Roman’s question why N. behaves like that, administration officer only smiled like a cat without comments. Thus testimonies of many convicts serving in penal colony № 5 proved true. They say that in colony there are convicts who are illegally endued with administration’s duties. We intend to work for breaking this illegal practice.

We could meet with convicts not during court sessions but in meeting room. Roman Kachanov has met with his client Baibatyrov in lawyers’ room. He told that after meeting with Roman Baibatyrov was beaten. According to him he showed his wounds to members of Public Monitoring Commitee Kalayev and Manasov. Also aiming to hide beatings Baibatyrov got one year of imprisonment.

Upon this fact a claim was sent to Investigation committee of Russia and prosecutor office.