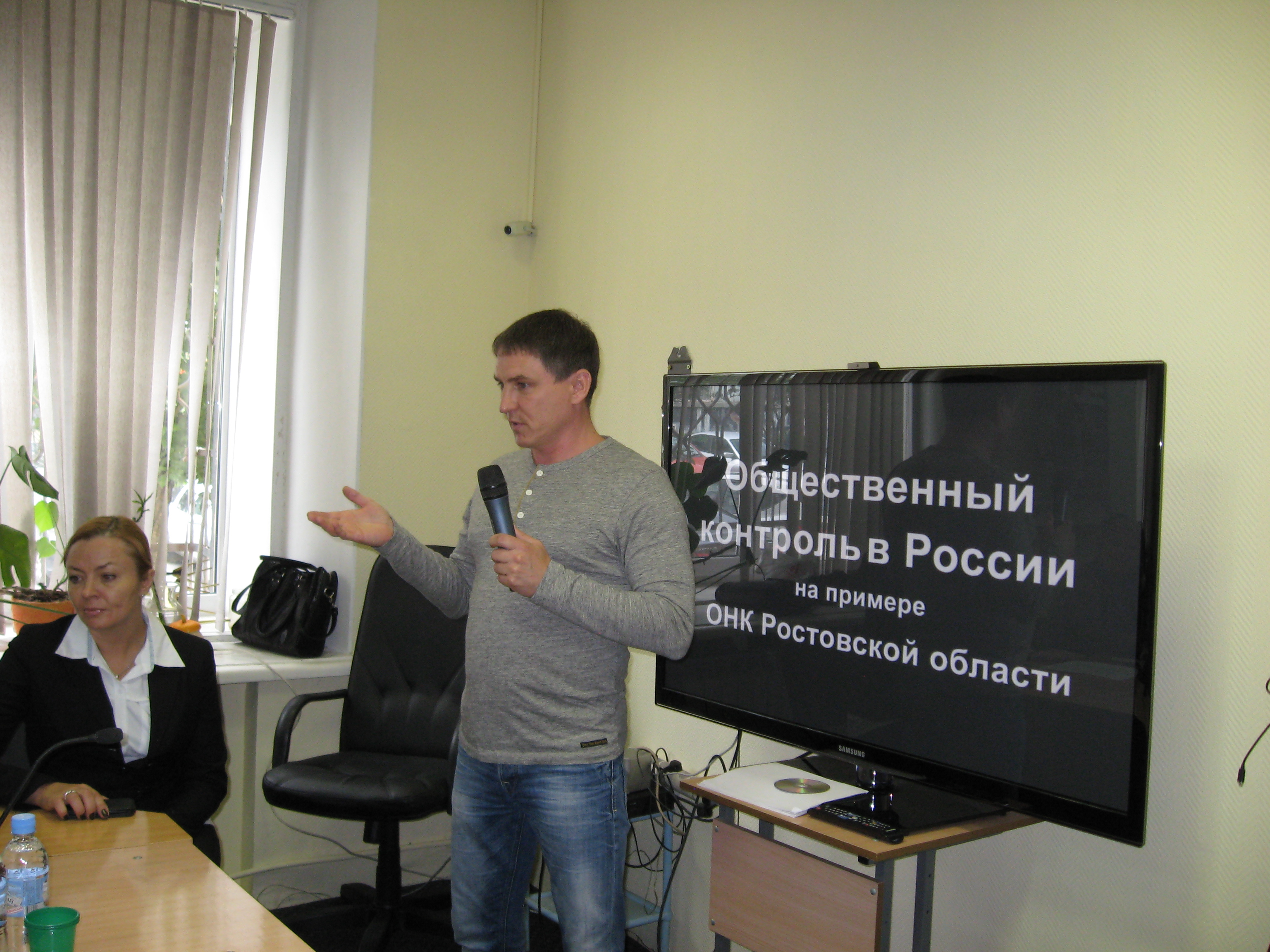 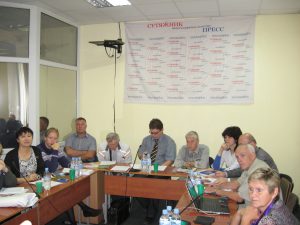 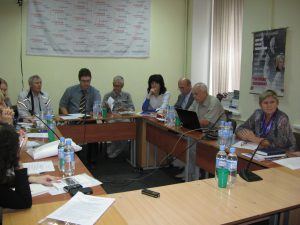 Discussion was opened by Director of NGO «Legal basis», member of Expert council under Ombudsman of Russia — Aleksey Sokolov, who demonstrated his own educational film «Civilian control in Russia as exemplified by Public Monitoring Committee of Rostov region». 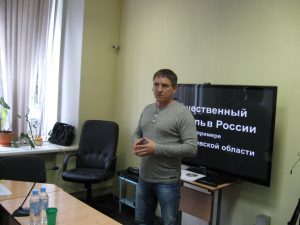 This film was made with support of  Public Monitoring Committee chairman of Rostov region — Leonid Petrashis and Yuri Smirnov — Federal Service for Execution of punishment.

After interesting viewing of film Roman Kachanov — «Trans regional center of human rights» chairman , expert of workgroup under President of the Russian Federation on civil society development and human rights, attorney-  has told about legal aspects of formation and activity of Public Monitoring Committee. 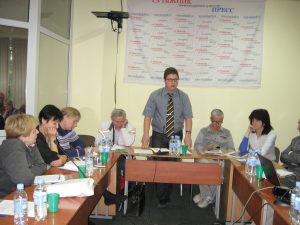 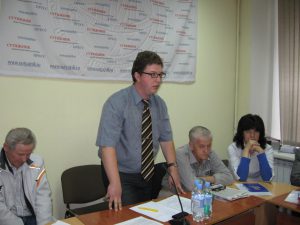 Members of Public Monitoring Committee found out in surprise that Ombudsman found some workplace for members.

Journalist Oleg Pavlovich came out with remark that work experience of activity of members is not published in mass media. Main printed media outlet of Federal Service for Execution of punishment posted only positive reports and representatives of prison departments don’t want share information about tortures and violence in penitentiary system. 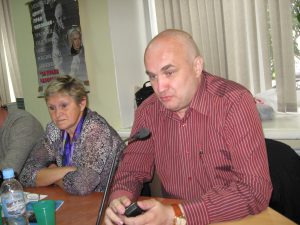 Operating members of Public Monitoring Committee — D. Rozhin and A. Kalayev shared experience of their work, in particular their cooperation with authorities and main problems, because authorities don’t trust convicts, as many of them use members for personal purposes in order to place pressure upon administration. 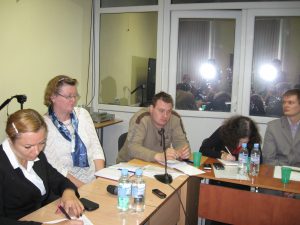 Larisa Zakharova — regional coordinator of NGO «Legal basis», expert of fund «For convicts’ rights protection»- told about current condition of convicts in Ural colonies, about problems concerning human rights, absence of collaborative work with members but effective team work with Ombudsman of other regions of Russia, also she said about necessity of calling civil activists. 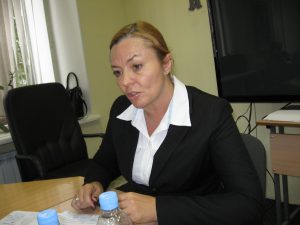 Anna Yakovlevna Pastukhova — chairwoman of Yekaterinburg society «Memorial», offered her assistance such as place, office equipment and other opportunities. 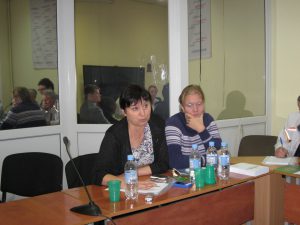 In the end of panel discussion coffee-break was organized where participants could continue talking in informal setting. 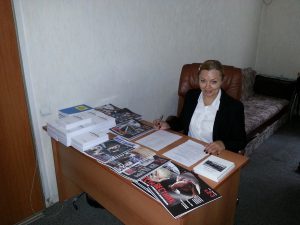 Generally discussion was successful, everybody praised  Aleksey Sokolov’s film. Participants agreed that this film was needed as education thing for operating and future members.

After panel discussion many of participants expressed wish to stand for a post of member of Public Monitoring Committee of Sverdlovsk region.

There is hope that we will be able to make such discussions where people with active civilian attitude gather together to solve many problems more often.

Best regards to future members of Public Monitoring Committee of Sverdlovsk region and other regions.