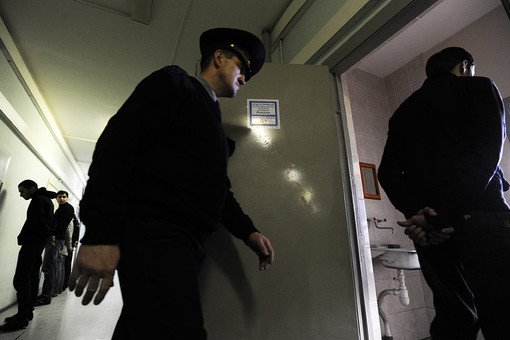 In Yekaterinburg investigation officers conduct checks on fact of drunk riot by prisoners right in court house. Case might be filed against pre trial detention center officers and convoy guards who let it happened. Human rights defenders suppose that someone on purpose let prisoners get drunk in order to bring discredit on their testimony about violations and tortures occurred in colony.

According to this testimonies convicts who don’t agree officers cruelly beat. On April 2, 2011 riots happened on colony territory in the course of which some inmates beat others, one died. As human rights defenders told to «Gazeta. Ru» conflict was between orthodox inmates and so called «Reds» who work together with authorities of colony.

On 8th August in Sverdlovsk regional court is supposed to be court session upon this fact for what inmates were transferred from colony. However they were drunk.

In convoy premises they broke bench, crashed window and shout out appeals for riots.

«Upon this fact we held inspection», — said «Gazeta.Ru» in press-agency. Some officers held to administrative liable. But it’s not finished yet.

«So far my opinion guilty ones are pre trial detention center officers and convoy guards». Final decision will be taken in September,-said Head of investigation department Sergey Kostylev. Criminal case might be initiated.»

«Apparently on purpose convicts were let get drunk,- thinks director of human rights organization «Legal Basis» Aleksey Sokolov».- It was planned provocation in order to bring discredit on their testimony. In pre trial detention center nothing happens without reason.

Besides  according to defenders administration has stopped apply cruel practice after riots in colony. But Aleksey Sokolov says that «Torture factory» easily transferred to another place.