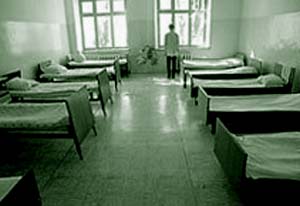 According to attorney, court was doubtful of mental health, as opinion of accused don’t coincide with court opinion on general issues.

«Court decided as Matveyev didn’t agree with court’s actions and complained a lot, mental examination would be required».

We remind that on last session of Council under President of the Russian Federation on civilian society development and human rights, Ella Pamfilova  who is the Head of public movement «Civilian dignity» passed to Vladimir Putin information about case of former major -Matveyev.  Panfilova reminded that even Dmitry Medvedev while being President gave a task to General Prosecutor to sort out the situation. Although according to Ella as a result those who testified for Matveyev have been punished.

However in reality it turned out to be on the contrary: story with sending information to President happened to be psychiatric examination for him.