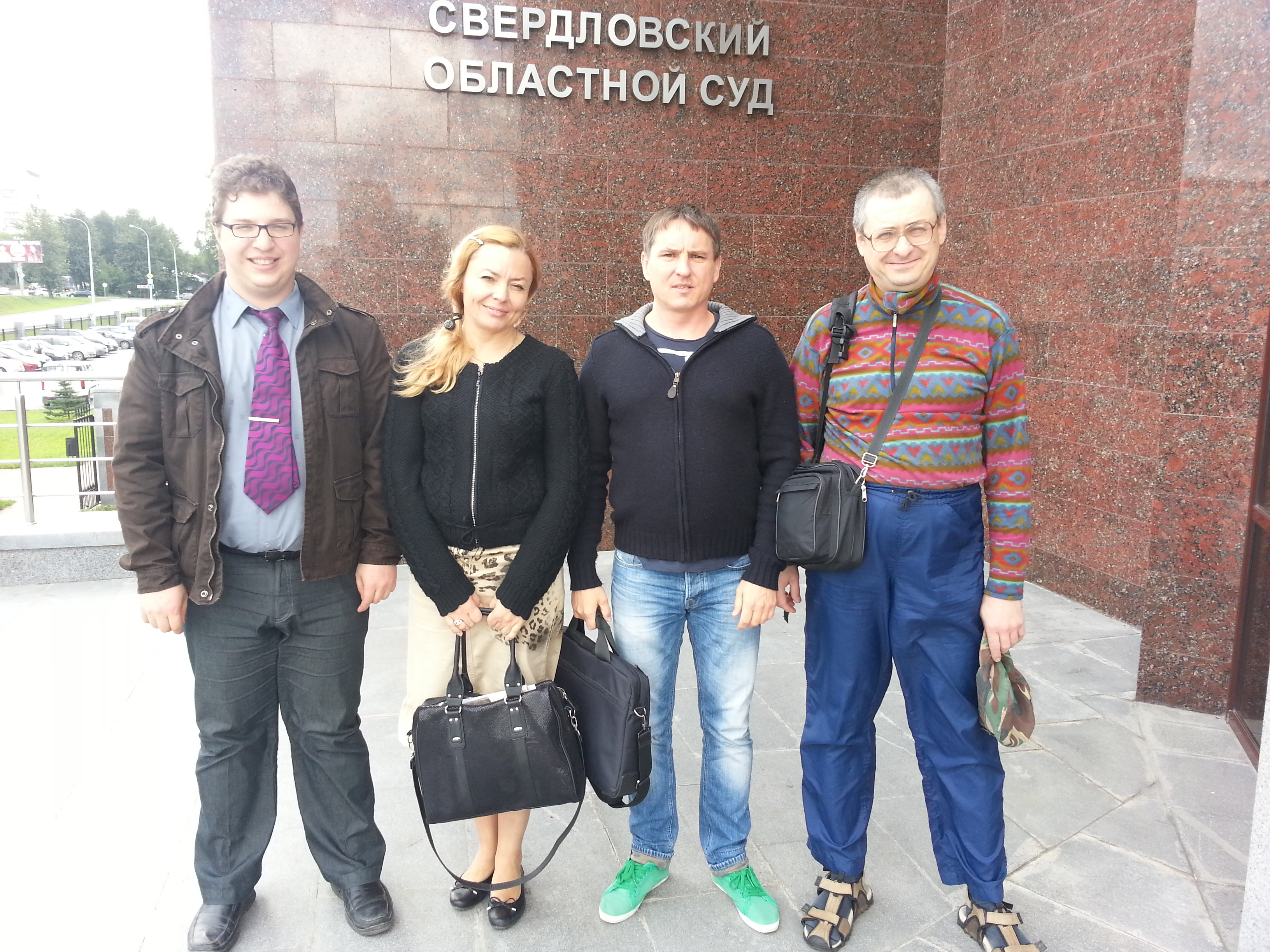 On October 1, 2013 in Sverdlovsk regional court an appeal from the administration of the penitentiary № 62 was examined (Ivdel, Sverdlovsk region) to the Decision of Verkh-Isetsky regional court which declared actions of former chief Aleksandr Gusev to be illegal upon «obstruction on 18.02.2013 to realize a right for NGO «In defense of convicts’ rights» on meeting with three convicts in order to provide legal assistance.»

Regional court denied to satisfy the appeal and left the Decision of Verkh-Isetsky court without any changes.

In the course of court hearings the facts of constant physiological pressure on inmates from the administration of the colony № 62 in order to get an official refusal for legal assistance found for sure. There facts of deception of inmates. For instance prison officer says that legal help costs 1500 rubles and it might be provided only if a convict has his bank account. When a convict says that he doesn’t’ have such money, he is offered to write a refusal statement.

Convicts Alekseev in his written explanations attached to the case, says that the Chief deputy Aleksandr Procenko made him to sign a refusal statement from legal help of Larisa Zakharova. Procenko added that «if I got this help I would need a doctor because I’m going to be kept in solitary. Being afraid of my health I was forced to write a refusal.»

Human rights defenders have many testimony like this proving violations of the administration of the colony № 62.

Thus according another civilian case was stated that 2 claims of convict Sitchikhin were written under the pressure of prison officers and the Chief deputy Svyatodukhov.

Despite of being proved by numerous written evidence including Prosecutor inspections, the criminal case wasn’t initiated over » forgery by an official»,» evidence tampering», «power abuse».

We hope that thing is not about corrupt practices of authorities representing Investigation Committee of Russia in Ivdel, but usual neglect of duty what is also not acceptable!

The Decision of Verkh-Isetsky regional court that has entered into legal force from 01.09.2013:

It should be noted that by this Decision court declared very important point: «… argument of representative of the penal colony № 62 that his decision on non admission of layers to be lawful even though he had written refusal statement from convicts Vaganov V.V. and Alekseev U.S. 18.02.2013, Court finds it inconsistent, because Court considers that only during the meeting with lawyers and human rights defenders convict may refuse from legal help. Otherwise it results in complaints from human rights defenders and attorneys upon convicts’ rights violations how it happened in this case.»

Justice is served.. for lawyers and their clients