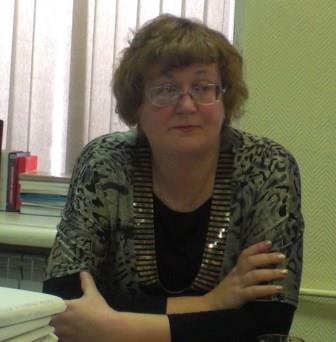 On November 5, 2013 judge of Verkh-Isetsky regional court of Yekaterinburd -Irina Mayorova rejected a claim of Aleksandr Bocharov who is serving a sentence of imprisonment. The claim was about his citizenship, to declare illegal decision of Department of the Federal Migration Service. By what judge Irina wrote him off life and career.

The story of Aleksandr is he was born in sunny Kazakhstan in the end of 80s. In the 90s he and his mother and brother moved to their father who was a citizen of Russia. When Aleksandr turned 16, his parents were rejected in passportization by  Tugulymsky department. Chief Lyubov Astratova stated: «Mother is citizen of Kazakhstan which means children are Kazakhstan citizens. Citizenship is defined by mother».

So they have been visiting migration service for 10 years. But there was no changes. First his mother died then father did. Afterwards brother Bocharovy got locked up in a row. And Aleksandra -fiancée started fighting for citizenship of older brother. 4 years in Nevyansk, one year is in Nizhny Tagil and new trial is in Yekaterinburg.  The result was official decision of Migration Service (in 15 years!). But that decision was made that way so it’s completely no clear who he is now- Russian, foreigner or resident alien?

It seems that system where Astratova keeps serving for they don’t betray each other. So it was easier to write anything and when decision was declared illegal they sent to trial a band including chief department of Migration Service — Alena Tretyakova and lawyer — Vladimir Murlykhin to make an investigation and give a passport for Bocharov. Unfortunately, Aleksandr is not the only one against whom Migration Service fights. For a long time officers see citizenship not as «constant connection with the Russian Federation» (Art. 3) but as a thing which you can sell and buy. Apogee of this trade became establishment of branches «Passport — visa service». Extra money -you have the same service as Migration Service does,  extra money -good quality of service…

And what about law? How should laws be kept for someone like A. Bocharov and all the rest? This problem is in question since 2002 (since duties of Migration Service were handed in Ministry of Internal Affairs). Sverdlovsk region up to the present was the first in positive decisions. Therefore law sends us to laws which operated in the moment of birth. (Art.4 p.7 F3-62 from 31.05.2002). If person was born in USSR, arrived in Russia after February 6, 1992 then his status is regulated by three laws: the first is Soviet, the second is law «On citizenship of the Russian Federation» № 1948-1 from 28.11.1991, the third one is law «On citizenship of the Russian Federation» № F3-62 from 31.05.2002. Something you should know is that Russia is legal successor of the Russian Republic and USSR, institute of Russian citizenship is based on continuity concept of Russian statehood. If you or your ancestors were born on the territory of the Russian Soviet Federated Socialist Republic from passport-holders of it their descendants are citizens of the Russian Federation (it’s known that many Russians are born not only in Russia).

For 15 years Russian guy — Aleksandr Bocharov has been living  in Russia as «person with indeterminate legal status». Those who have all powers to define this status and give him papers, they only huge salaries, profits and titles for » valorous labor»…