On October 30, 2013 political meeting near Federal Security Service of Russia was held in defence of political prisoners in Yekaterinburg. For 20 years people are gathering near death basements of People’s Commissariat for Internal Affairs in order to pay tribute to memory of victims of political repression from the past and  make a stand for victims of present times.

This time meeting was organized by «Yekaterinburg movement against violence», movement »Autonomous work» and free anarchists involving all caring people. 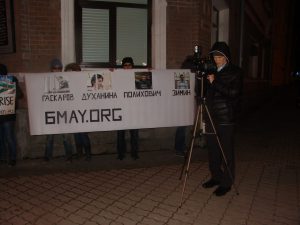 In megaphone participants read out last names of people who are confined for sharing their opinions and meetings against existing authorities. Last names of participants of so-called «Bolotnoye delo», activists of «Green peace», group «Pussy Riot» and journalist — Boris Stomakhin, a leader of local «Yabloko» — Mexim Petlin sentenced for three years of imprisonment, journalist and editor of Znak.ru -Aksana Panove who is under court proceedings.

Unfortunately, participants of meeting preparing a poster for «Pussy Riots» wrote it wrong but others understood it because they know that guys did in free time. 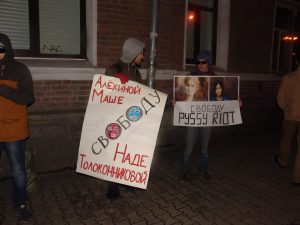 Meeting was for 1,5 hour and without any incidents. 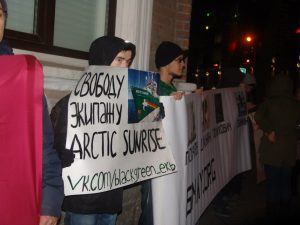 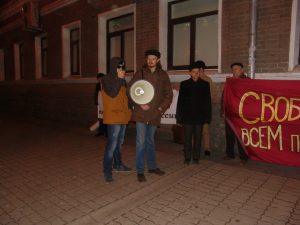 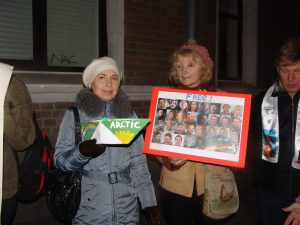