Yesterday on November 19, 2013 the first session of members of Public Monitoring Committee of Sverdlovsk region of third calling took place in Yekaterinburg.

Freshmen members of Committee held a meeting where they affirmed regulations of  Public Committee work, chose a chairman and his two deputies. New chairman is Dnitry Rozhin and his deputies are Oleg Pavlovich and Vyacheslav Bashkov.

As the chairman of Public Monitoring Committee — Dmitry Rozhin: «Session began at 17.00 on 8 March Str, 33A in Yekaterinburg. as people said: Ombudsman Tatiana Merzlyakova and several members of Committee for some reasons didn’t come over. Plus they ignored an order of Public chamber of Russia upon holding sessions on November 17-19. 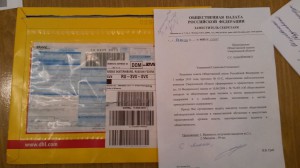 Letter from Public Chamber of the Russian Federation

Besides it turned out that Tatiana Merzlyakova takes advantage of it — every members got a message informing that mandates would be given by Merzlaykova on December 25, 2013??? No, I didn’t make a mistake, a message with different addresses were spread over. I think that now Public chamber will have a question where does Tatiana come into the matter? If this order was handed in Regional public chamber? 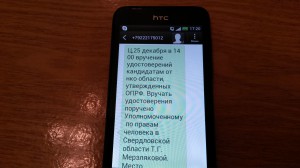 Cell number from which a message was received. According to information, this number belongs to V. Popov, officer of Omdudsman administration of Sverdlovsk region

Coming back to session: most of members turned up there and took a part in discussion, moreover those are defenders whose activity is well-known and socially-orientated. We affirmed regulations and chose committee bodies. 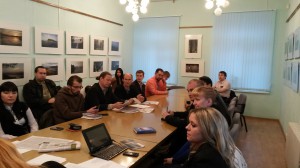 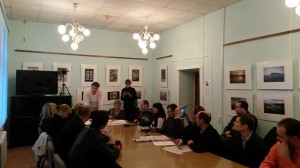 Opinions of absent colleagues, unfortunately we couldn’t take into consideration, they didn’t show any will. Of course not everybody is like those people, six of members made a call before saying we couldn’t come over. Some stated about imposing, others were so nervous so that we felt inadequacy.

So ask yourself if someone is not ready for open dialogue and communication  why you are here? Public Monitoring Committee is not right place for dealing under the table. People are here for public control but not for nominal existence and enjoyment of their power. Think it over.»