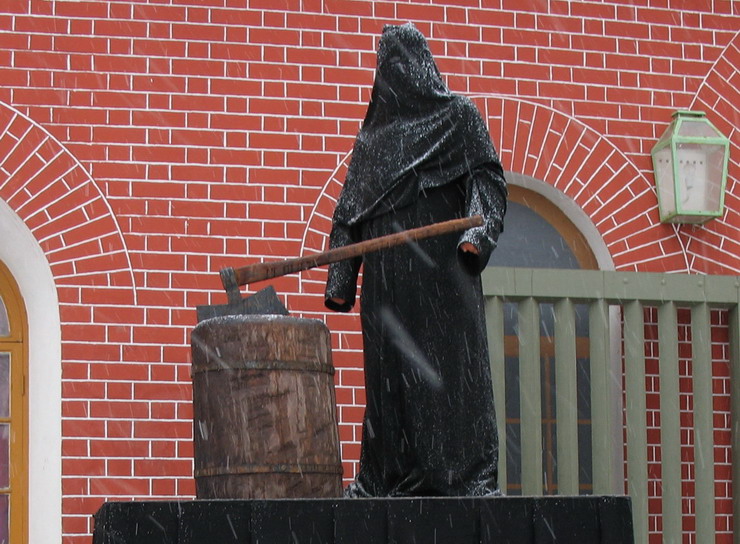 It seems that our Russian courts of justice are being condemned by everyone and our «Presidents» have already complained about corruption and unfairness on public (like it’s not their fault). But today’s court session impressed me by its inquisition intentions. The case was initiated upon art.282 of the Criminal Code of the Russian Federation.

It’s known that competition is already a basis for courts of justice and judges very seldom (out of 100 sessions, I don’t remember such an occasion) decide to devest convict a right for defense.

In materials on the site I announced that convict M. on 19.11.2013 didn’t see accusation paper. On question: why he signed it, he replied that investigator threatened him. Official solicitor-E.M.Kiseleva couldn’t make it clear however there are her signs everywhere in the case. It’s clear that to protect himself with such an attorney is kinda difficult. Thus M. applied for admittance of human rights defender who has been monitoring nationalism and extremism in Kurgan region for many years.

However, judge Lutkin S. P. (considering that audiotape has a destructive meaning) without any explanations deprived a right on defense.

Also in a list of cases in the court office, the case M. said to be drug case (art.228). Such behavior lead a convict to an opinion that judge fulfilled special order and that’s why he decided to file an objection for judge. Attorney supported opinion of accused. But judge denied it. Court session kept going. In view of absence of witnesses judge changed court hearings on December 2.

Today procedure called «court hearing» went on. First of all, judge sent away the author of this article on the ground of him standing up without judge’s permission.

Next petition on admittance of human rights defender with attorney, law diploma and 21 pages of confirmation of publications and reports about this case and again judge denied the petition because «defense side didn’t present information proving that he might protect somehow accused». Copies of diploma and materials were not even observed by judge.

Thus court hearings turned into inquisition (according to the accused, appoint attorney took a side of prosecutor) what means in fact deprivation of a right on defense.

Disqualification of a judge was stated again according to art. 61 and judge S. P. Lutkin denied one more time against the law.

Judge listening to petition on disqualification first asked attorney Kiseleva if she agreed or not.

«Attorney» Kiseleva showing her obvious attitude answered that it’s up to judge! Judge explained her if her opinion doesn’t coincide with opinion her client, he will eliminate her. Too late but she understood it.

As a result, accused stated disqualification of attorney who demonstrated she acted in the interests of judge.

Judge Lutkin asked accused if he had another attorney and got a response «yes», decided to have a break on 12 minutes and refused to change a defender depriving him a right on attorney.

Then on the stage of questioning of witnesses, all questions had already answers by prosecutor. Neither «attorney» nor judge paid attention to it. Testimony of missing witness were read out.

«Attorney» kept silence, however accused decided to speak out: «I’d like to question this witness here».

«Attorney» Kiseleva who was almost disqualified decided to agree with accused. Prosecutor promised to bring missing witness. Judge put off hearing on December 10, 2013.