To find out how much is the lie from authorities took much time: approximately since April of 2013 to December. I don’t know if it is stable but Main Department of Internal Affairs must pay off 50 000 rubles for distribution of  false information so far. May be there is need to ask for apology… 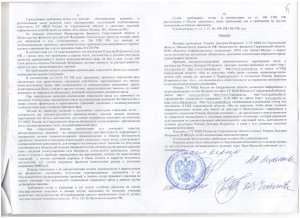