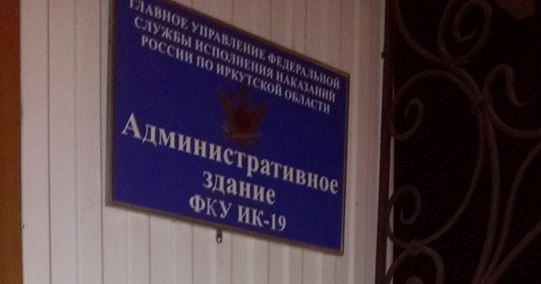 As we’ve already announced on December 16, 2013 members of Public Monitoring Committee of Irkutsk region-Marina Minyailova and Olga Sharafudinova got a message that inmates of the penal colony №19 did mass self injury, they cut veins. The reason was unlawful actions of prison officers. Also inmates were not able to have food.

Members of Committee — Olga Sharafudinova and Marina Minyailova warned Federal Service for Execution of punishment and at 15:00 arrived to the penal colony in order to check this information but they were waiting for 3 hours!

They called Federal Service and prosecutor office and as a result only at 18:00 members were invited inside. 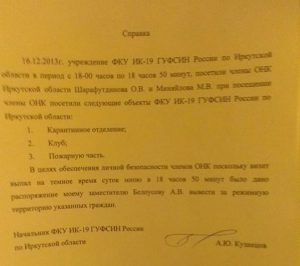 Members believed on his words but when they followed to fire station, they heard in radio set an order for Beloysov. He was ordered to guide members out of the colony. After that Beloysov told members to leave the territory. Upon demands of members not to violate the law, the Chief deputy repeated over again an order and showed where to go. On their way he explained it was order from the Chief of Federal Service and promised to bring a document proving this fact.

Leaving the colony members of Public Committee sent out claims to the Chief of Federal Service, General Prosecutor office, Ombudsman V.P.Lukin, the Chief of Council of President of the Russian Federation M.A. Fedorov and Public Chamber. 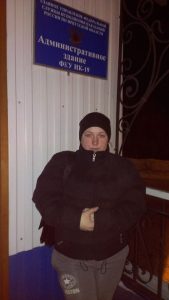 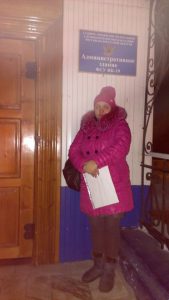