MENUMENU
Главная News New round of discussion upon amendments to the Federal Law № 76...
Поделиться
Твитнуть 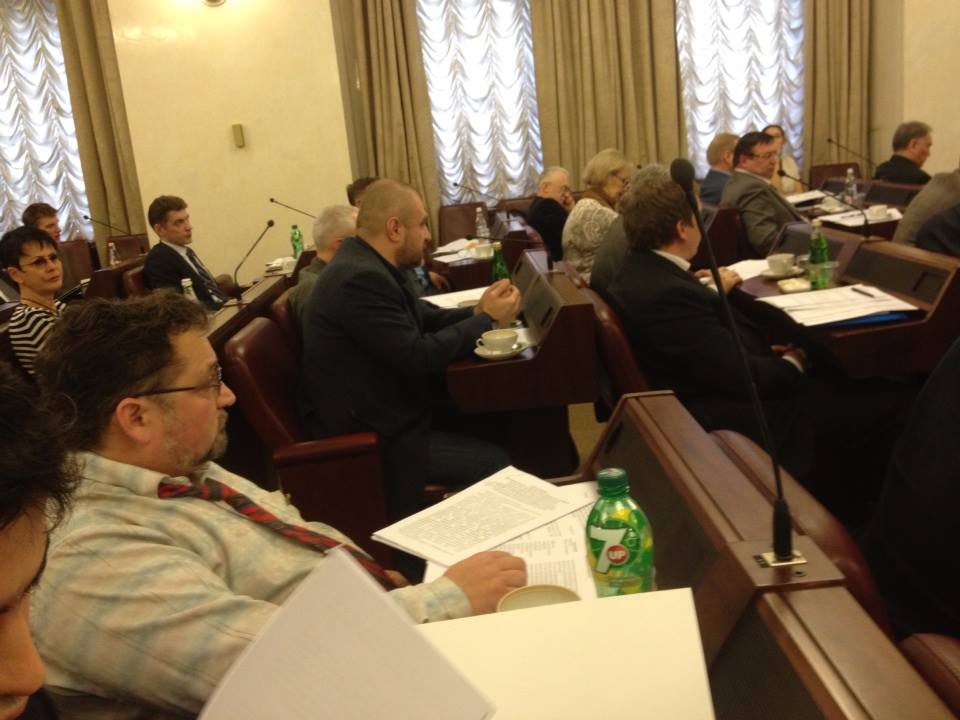 On December 19, 2013 special board meeting of President’s council upon examination of amendments to Federal Law№76 «On compliance verification of human rights in places of detention».

Board meeting began with Minister of Justice’s deputy speech-Dmitry Aristov. He presented a project on making amendments in the Federal Law №76. Proposed amendment provides a right for Public Monitoring Committee to make conclusions on applying release on parole towards convicts and to change legal penalty. Also a right to bring photo and video cameras on the territory of penitentiary.

Unfortunately there is something else: Ministry of Justice suggested to deprive of right to become a member of Public Monitoring Committee for organizations registered as «foreign agents » and to give a right for Public Chambers under Ministry of Internal Affairs to revocation of authority of members of Committee.

These 2 ideas were criticized by members of Committee. Anatoly Rydnyi -the Chief deputy of Federal Service for Execution of punishment delivered good speech. He put under critics most of the amendments and in details explained plans on developments squad sections in colonies. The most rejection was arisen with ideas of Federal Public Monitoring Committee and Institute of deputed expert establishment. However Anatoliy Anatolievich stated that his opinion wasn’t final, they are ready for discussion.

Chief deputy of Protection Department major-general Aleksandr Melnikov put forward a proposal how to use video and photo cameras in places of detention.

Minister of Economic development deputy — Sergey Belyakov criticized view of representatives of authority departments  which according to him refer not to development of public control but to restrict it.

Between him and A. Rudyi was a bitter dispute which was stopped by the Chairman inviting them to participate in Council board meeting on convicts’ labor which will be held in February 2014 in Mordovia.

In my report I did a review of general changes which are offered by Council Committee. Among them: providing more powers for Public Committee in places of detention, court convoy premises, psychiatric facility; increase of term of members; right for members to conduct interviews among inmates.

Out 50 amendments I could manage to cover only half of them. Also I offered to complement the law with statute of right for Public Committee to control places of home detention.

Nikolay Svanidze made a note of warning that Federal Public Monitoring Committee will be formed of people who are far from human rights. In my view I shook his confidence with my objections.

A.A. Rydyi doubted in necessity of Institute of experts. We made an agreement to go together to pre trial detention center with participation of expert and see how efficiency would rise.

Attorney Violetta Volkova actively supported an idea of including Institute of home detention in a list of control by Committee. She told about problems which her defendant Sergey Ydalcov face.

In particular Gefter explained what kind of purpose it serves after ratification of a convention to protocol against tortures that underlines necessary establishment of National preventive mechanism. Kirill Kabanov said that Public Monitoring Committees  are supposed to be essential tool for prevention of corruption.

Result of board meeting of Council is establishment of working group with Ministry of Justice on discussion and development general amendments, also panel discussion upon home detention.