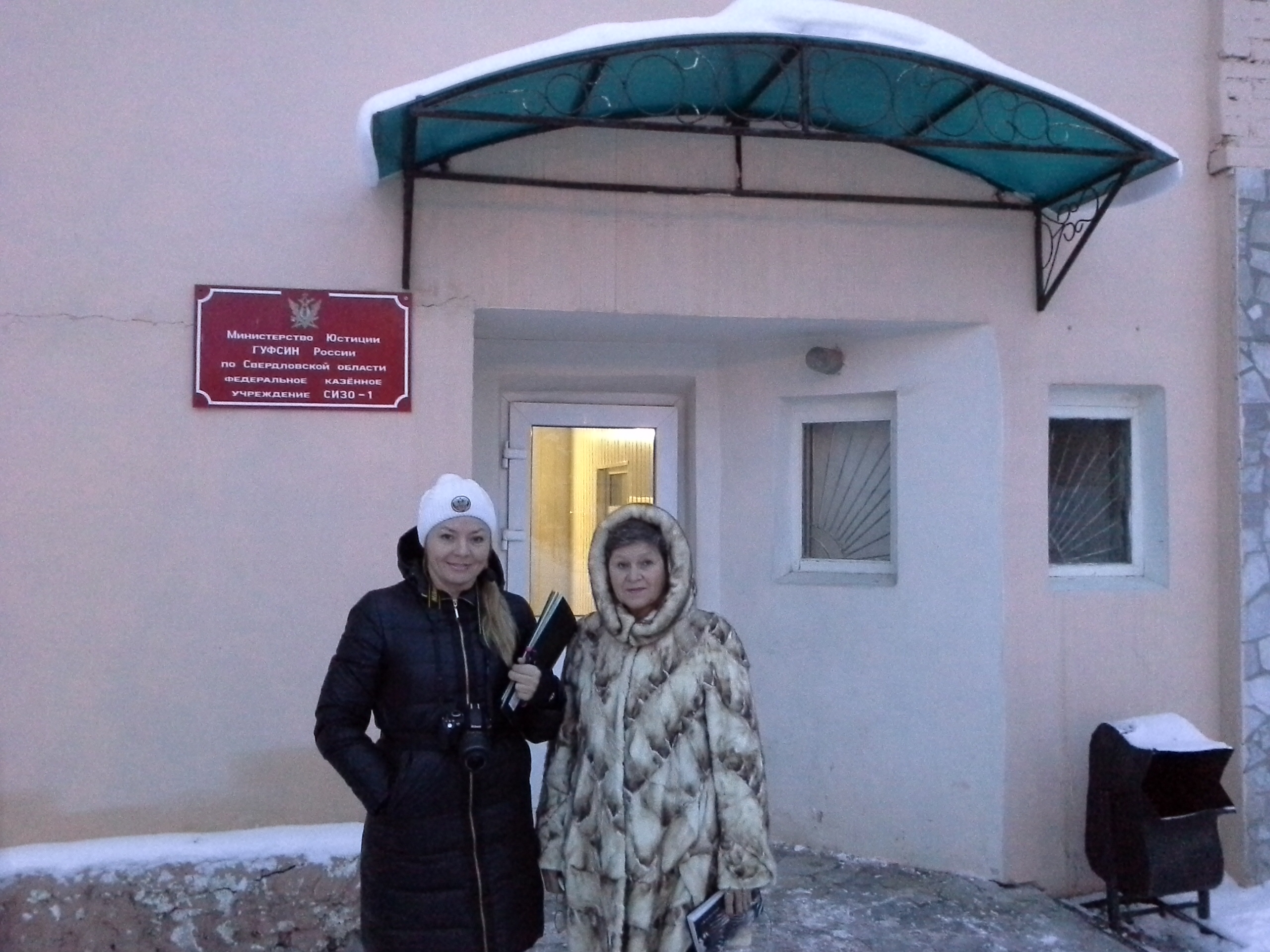 Today on January 11th, 2014  when we woke up in the train Priobye-Yekaterinburg (coming back from Ivdel) and first thing to do is to grab cell phone what if someone has called with help request. It turned out to be true. Help wanted and urgently!

Not going into details of so fast transfer my colleague Olga Dianova and me straight from the train we made our way to pre trial detention center of Yekaterinburg. On our way we wrote notification to Federal Service for Execution of punishment about inspection detention center and also carrying of photo and video recording with inmates. On this occasion we decided to meet with convict S. Timoshenkov who stirred up Internet society that he would be «killed» in Ivdel.

Upon arrival to pre trial detention center-1 of Yekaterinburg we were met by the colony chief Kokayev Aleksandr Vladimirovich. We discussed inspection plan and went to beaten prisoner A.U. Sviridov.

He was in transit ward with enough space, only 4 inmates. Sviridov told us that in violation of court decision he is being transferred to Murmansk, although on February 17th he is having court hearing in Kalinin regional court of Chelyabinsk.

By our request the colony chief A.V.Kokayev called up a doctor. He examined convict and found cuts of left arm elbow. Other inmates said that they noticed dint on Sviridov’s back. Sviridov said he got cuts in Chelyabinsk facility before transfer, also he told about his criminal case, how his family is persecuted, how medical staff don’t cure inmates. He even showed papers that instead of recovery surgery for leg after trauma, medicals offer him amputation..

We communicated with other prisoners, everyone has questions. They put down addresses of our organizations.

There was another reason of being in pre trial detention center-1 and it is Sergey Timoshenkov. In particular he asked me to call general Khudorozhkov asking to call off his transfer. When I told him we are working officially not «on calls», Timoshenkov called me hypocrite and fake human rights defender and «If I do care about people I’d do my best to save at least one.» Eventually we didn’t find someone S.V.timoshenkov, there was him but three years ago. We requested official notification on presence, date of leaving for Sergey Vladimirovich Timoshenkov in pre trial detention-1 of Yekaterinburg during 2013-2014.

Who is it? Does he exist at all? According to information in social sites where he says he is detained on Repina Str.4 but besides pre trial detention center-1 there is Federal Service for Execution of punishment.