As usual representatives of facility met us friendly and didn’t make us wait. No problems with camera inside of colony.

After checking books: «Use of special equipment and physical forces», «Crimes registrations» and «Incidents registrations» we discussed which premises we might inspect first, who talk to.

It happened we interrupted medical examination. They offered us to go first but we didn’t agree. We cannot violate convicts’ rights on medical treatment. 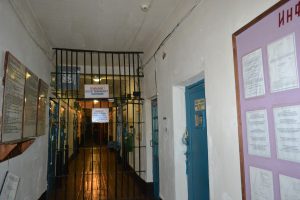 In order not to waste time we went to squad where there are inmates whose execution was replaced with life sentence. In December 2012 we didn’t have time to consult some convicts. Then we didn’t expect there were so many problems in  there. 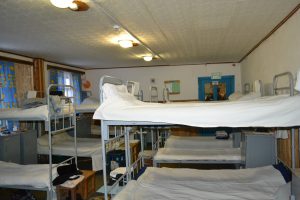 This time were surprised again — willing to get legal help are becoming more and more. Chief deputy Sergey Vladimirovich Chistyakov and security department chief Aleksey Valentinovich Pronin suggested us to have room for consultation.

Inmates came up to us with different issues, about criminal case, pension and disability. There is a supporting group for convict who died in August 2012 in the central hospital of colony №55. It happened that relatives cannot get certificate of death. This document is in office of civil registration in Ivdel. We need to help here out…

Convicts brought us coffee with candies, obviously they were very glad to see us.

Also inmates were happy because when someone coming from «outer world» life is getting more vivid. One just said: «We will have emotions enough for one week». Every inmates spoke with excitedly because not much time but it should be said a lot.

Most of life sentence inmates lost connection with relatives, someone simply broke it, someone doesn’t know where they are now. All of them have high criminal. They wrote down our address and are going to send letters about their problems. Penal colony №56 is the only one in Ivdel where its inmates want to speak event it’s located 30 km far away from Lozyvinsky from where you can see West-Siberian plain.

Meanwhile Aleksey Sokolov provided legal help for convicts in a room for short meetings, being short of time he received only 5 inmates. 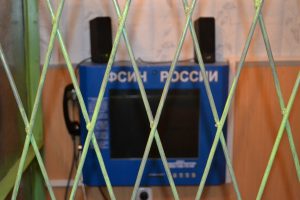 We left recordings in visit log after inspection and made a report addressed to Federal Service for Execution of punishment and Prosecutor.

We feel that administration tries to resolve problems and ready for dialogue. This is the most important. It’s an example for good chief in order convicts not have hatred to correctional system and to country as a whole. As for those methods where people are tortured and humiliated are making more hatred and violence for humans. After such convicts get liberty they are ready to commit crime again and again because they don’t believe in justice.