Today on January 16, 2014 attorney Roman Kachanov and human rights defender Aleksey Sokolov went to pre trial detention center -1 of Yekaterinburg to visit convict Eugene Terekhin who is connected to the Kopeysk case about mass riots in 2012.

To remind convict Terekhin was transferred from Chelyabinsk pre trial detention center to Yekaterinburg without any grounds. Before transfer Eugene swallowed some razor blades and nail nippers but he was sent to Yekaterinburg anyway. He suspects it happened because they to beat a hell out of him and to get confessions.

Aleksey Sokolov and Roman Kachanov went to penal colony №2 where Roman made a request to have a meeting with Terekhin but he was rejected because of Thursday — it was not reception day and defenders cannot visit their clients. We suspect it happened on purpose. 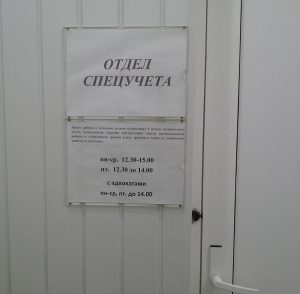 Roman Kachanov wrote some attorney requests and sent them to colony chief V.L.Korotkov. 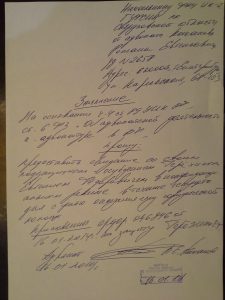 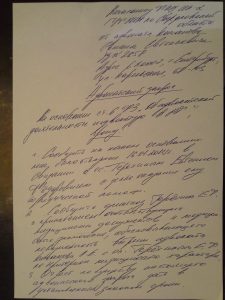 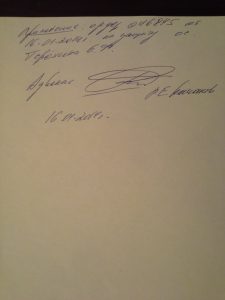 There some problems occurred. Prison officer said: «We don’t have time now, tomorrow General Rydyj from Federal Service for Execution of punishment might come over, you are here to have fun, I can give you 30 minutes only.» Members stated they are going not only inspect but take photos and video. Only after dictaphone was on, he stopped rude talks and went to get advice from colony chief.

We have been waiting for members if they are admitted or not in there. 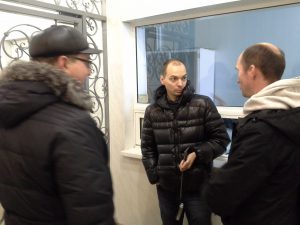 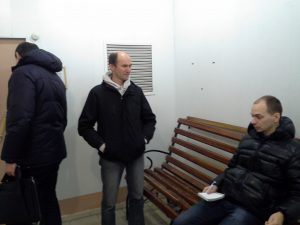 But they were not let have camera despite of two court decisions stated law violation on denial to have camera with defenders. The reason is very easy: recommendations of Federal Service which prohibit to bring cameras inside.

References to law and failed cases didn’t make any effect on colony chief. Law is NOTHING for him. Recommendations are more important for chief that some laws. After short talk and promise to file a case against penal colony №3 chief let do taping….

But permission was to take pictures on colony camera. Then members went inside of colony.