Representatives of human rights organizations and attorneys have visited Ivdel correctional facilities. It began on January 20, 2014; upon arrival in Ivdel Expert Council member under Ombudsman in the Russian Federation Aleksey Sokolov and Expert Fund «For convicts’ rights protection» Larisa Zakharova went straight away to penal colony №62 to check convict Aleksey Roslov who has complained before on lack of medical treatment.

Attorney Roman Kachanov went to penal colony №63 to inspect convict who has just arrived in there. Attorney Vladimir Kapustin made his way to the court house where he was having session on petition of convict about release on parole. Later on Roman Kachanov, Larisa Zakharova and Aleksey Sokolov arrived to Ivdel court where criminal trial was supposed to begin. The case was about convict B. who attacked «activists». Vladimir Kapustin went to penal colony №62 for legal assistance for convicts.

Next day on January 21st Aleksey Sokolov and Larisa Zakharova visited colony №56 in Lozyvinsky, 35 km away from Ivdel. 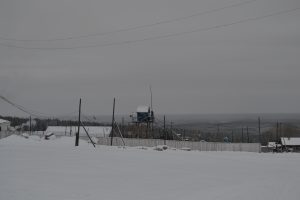 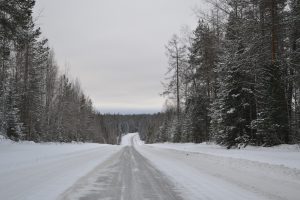 During all day human rights defenders have been giving legal consultations. Someone might ask: «Why are we supposed to help them out?»

We answer back: «We are humans and we have to help people even they are bad».

Besides in this colony we found convict Y.G.Mikhaylov who got 25 sentence instead of death penalty. This Y. Mikhaylov in 2000 was under amnesty where militaries served in Afghanistan are not subjects to imprisonment. But that time nobody explained him this amendment and worse is that from military enlistment office he got answer that he didn’t serve in Afghanistan. It turned out chief there just sent out a paper and after was fired. Now he possesses all required document. We filed a claim. It’s very interesting story and we will write about it soon. 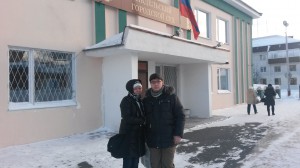 In the second half of the day Aleksey Sokolov and Larisa Zahkarova visited penal colony №55. No problems with admission. Chief colony wrote out permission and they went to short meetings room where gave consultations. Changes are obvious.

On January 23d Larisa Zakharova and Aleksey Sokolov since early morning went to «famous» torture chamber №63 where even now administration keeps every inmate in fear. Aleksey wasn’t admitted inside as if «convicts don’t want to meet with you.» 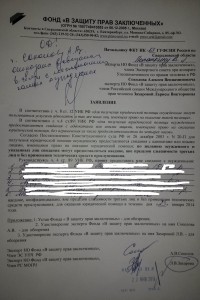 Larisa met only with two prisoners; convict Maglakelidze is on hunger strike.

Very important thing. Convict beaten before died. As for another one, he was scared to go to colony №63 was transferred to penal hospital №55.

After that human defenders went to colony №55 to find out what’s going on with convict Timoshenkov. On the way Larisa and Aleksey worried that something happened to him and he is in hospital. 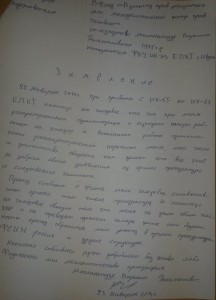 In chief office they asked for meeting with convict. Chief was surprised when he saw them back and jokingly wondered if they human rights defenders moved in Ivdel?

Then he called colony doctor and asked how convict felt. Doctor said he is doing well; he might meet with human rights defenders. Chief signed out permission and we waited for short meetings room officer. But meeting didn’t happen, because officer showed us notification from Timoshenkov that he doesn’t want to see us and he doesn’t have anything to talk about. 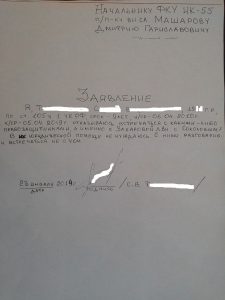 We know how changed this colony, we have a copy of help request to Federal Service for Execution of punishment  we realized that this convict found good place for himself with our help or maybe he was agent provocateur making fuss in social sites where he was on transfer from penal colony №14 to colony №63 of Ivdel.

We brought a lot of complaints about trip and they submitted that in colony №63 died convict but they didn’t hear about hunger strike. Over again law violation by administration.

Keep working and planning a trip to Ivdel with Public Monitoring Committee.