MENUMENU
Главная News «I denied a request — no money». Questioning of aggrieved convicts in...
Поделиться
Твитнуть 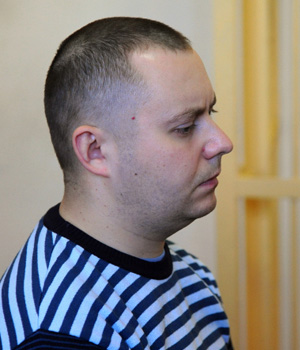 Aleksey Nesterov sentenced to 9 years according to art.111 part 4 («Heavy bodily injury causing death»), transferred on March 1st 2011 in colony № 6. 10 days in isolation cell, then -adaptive squad. From there he called his mother for the first time asking 30 000 rubles for computer purchase; there is huge debt for compensation for moral injury; in colony he has to work hard to cover it and this guy is good at computers.

«I denied a request — no money, says Lyubov Nesterova. — Later on I got new request: now 10 000 rubles for placing in job. Son gave a number where I should call and get in touch with someone and pay.

I called; a girl named Oksana. I explained I could pay only in 2-3 months, tight situation.» As Lyubov confessed later to Znak.com she started to pay because of news from penal colony № 1 where one who refused to pay was beaten to death.  Three times Lyubov passed money to some secret mediators, then — on bank account. Besides she was forced to «help out» colony with construction supplies, light bulbs and bathroom equipment. On May 9, 2012 she brought together with husband 20 bags with filler and plaster. They wrote notifications: «This is humanitarian help, no pretensions». Attorneys of Denis Mekhanov seized by her testimony. In opinion human rights defender Dina Latypova and attorney Eugene Goroshko, the main position of Denis is to put all on aggrieved convicts’ shoulders. As if Mekhanov is innocent and Aleksey Nesterov is under pressure  of other convicts, they made him pay money. Words of mother that in  2011 at least four times Aleksey was beaten for delay of payment seem like prove Denis’s opinion. However as Dina Latypova says after massive riots in November 2012 convicts saved squad log where Denis Mekakhnov writes what and how much relatives have to bring to colony. Together with call detail record on cell of Lyubov Nesterova interesting picture is drawn: demands of money or construction supplies coincide surprisingly with records in log.

As Znak.com says dismissed from position Denis Mekhanov is accused in 9 episodes according to art.285 («Abuse of power causing heavy consequences») and 5 episodes according to art. 223 («Illegal manufacture of weapon)». Aggrieved people are 12 convicts and Lyubov Nesterova. Heavy  consequences are known riots in colony № 6 on 24-25 Novemeber 2012 according to investigation version when hundreds of convicts refused to follow orders of administration; walked out in living zone and demanded to weaken regime and leave convicts from solitary.

Hundreds of young people from «outside» has joined in by surrounding the walls of correctional facility. Upon fact of massive riots another criminal case is being investigated.