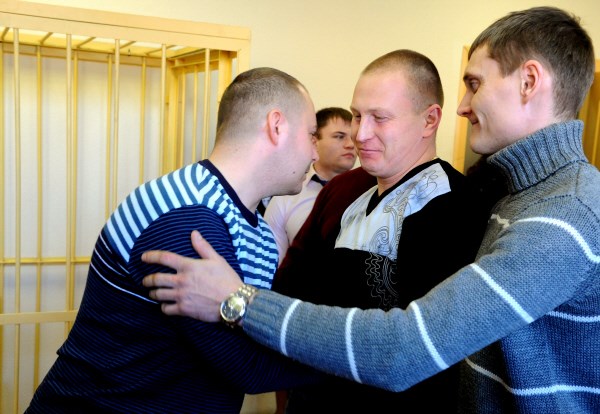 It’s expected that today interrogation of aggrieved convicts from colony № 6: B. Tikhonov, D.Gordeyev, D. Volobyev. The first to be questioned was D. Gordeyev but he didn’t do it referring it to health. Tikhonov did the same but made two appeals:

-to speak with judge and prosecutors because he has important information about threats towards him and his family due to participation on this court session as an aggrieved. He is under apprehension of life that’s why he asks to provide security by transferring him in investigation isolator of Federal Security Service of Russia and take measures ensuring his family security.

Situation is not usual and that’s why court satisfied an appeal of aggrieved people’s   representatives to put off court hearing till February 6th.

Ural human rights group is seriously worried about situation, they suppose that there is a real danger of life and it comes from people interested in hiding crimes in correctional system. Also there might be a danger for convicts-witnesses who are now in colony № 6. Group thinks that Investigation Committee, Prosecutor office and Directory of Federal Service for Execution of punishment have to get involved. Then group thinks that the preventive measure for accused D. Mekhanov has to be varied to custody.

Tomorrow representatives and if necessary members of public Monitoring Committee are coming over to mentioned convicts.

the Head of the Ural human rights group.