On March 3d, 2014 we made our way to medical correctional facility №51 and penal colony №5. Members of Public Monitoring Committee Larisa Zakharova and Svetlana Malyugina accompanied by Expert Council member under Ombudsman in the Russian Federation Aleksey Sokolov have visited these places in Nizhny Tagil.

Larisa Zakharova and Svetlana Malyugina within their duties have inspected detainment conditions, Aleksey Sokolov carried out legal consultations to those who wanted to get them.

In medical correctional facility №51 there was no problems with admission; the Chief handed out gauze dressings and made order to provide meetings with Sokolov; after that he left. 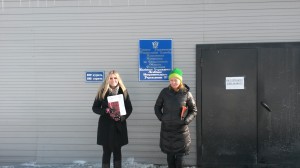 Several convicts decided to have a meeting with Aleksey. No complaints of living conditions and treatment, vice versa there are good words about the Chief and officers. Also convicts have a question: some person calling himself human rights defender receives money for legal consultations and doesn’t keep promises which he gives to inmates. How to get money back and stop this liar are the main questions we’ll be able to answer soon. So good there are existing contracts. Fortunately dishonest human rights defender gave back part of money but after threatens to sue him.

At 13:30 human rights group arrived to penal colony №5 where we had to wait for two hours when warden Laptev came up. 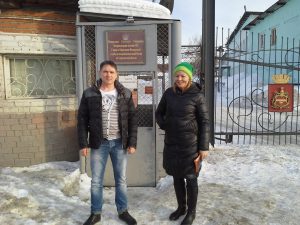 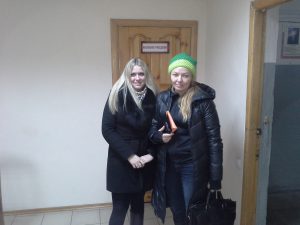 Only after phone calls to Directory of Ombudsman of Sverdlovsk region and Main Committee, warden has shown up and permitted to admit members on the territory of colony and Aleksey got a meeting with convict Tepishev. We remind you that this convict was subject to tortures in this correctional facility.

Members of Public Monitoring Committee have checked living conditions of Kopeysk prisoners who were transferred there with uncertain aim as if to conduct investigational actions. This way it was written by Investigator but never come over.

It turned out convict Terekhin was transferred to pre trial detention center-1 of Nizhny Tagil without reason and Malashenko made an complaint of living conditions and rights violations in the course of searching in his  cell when he was absent. After that he found a mess over his cell. According to him illegal actions take place every searching. We record this moment in our report and send to Prosecutor office.

The same things other inmates complained of: officers make a mess of books, clothes and Koran. Tepishev has complained of it to Sokolov, besides officers made him do splits. He says they revenge him for telling the truth about torture system applied there.

We’ve finished check almost in the evening and we felt sorry for officers who lead defenders after end of their shift. Families were expecting them back home. 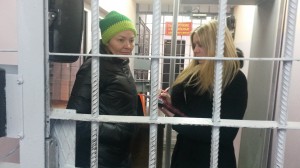 Members of Public Monitoring Committee are trying to do their job in working time of prison officers because they are tired. Due to this fact we cannot understand Laptev’s behavior. Why does he make us waiting for a long time when he is inside of colony? We can guess that he wants to make bad blood between officers and human defenders.

Upon each fact of violations we’ll file a claim to Prosecutor office and Federal Service for Execution of punishment.