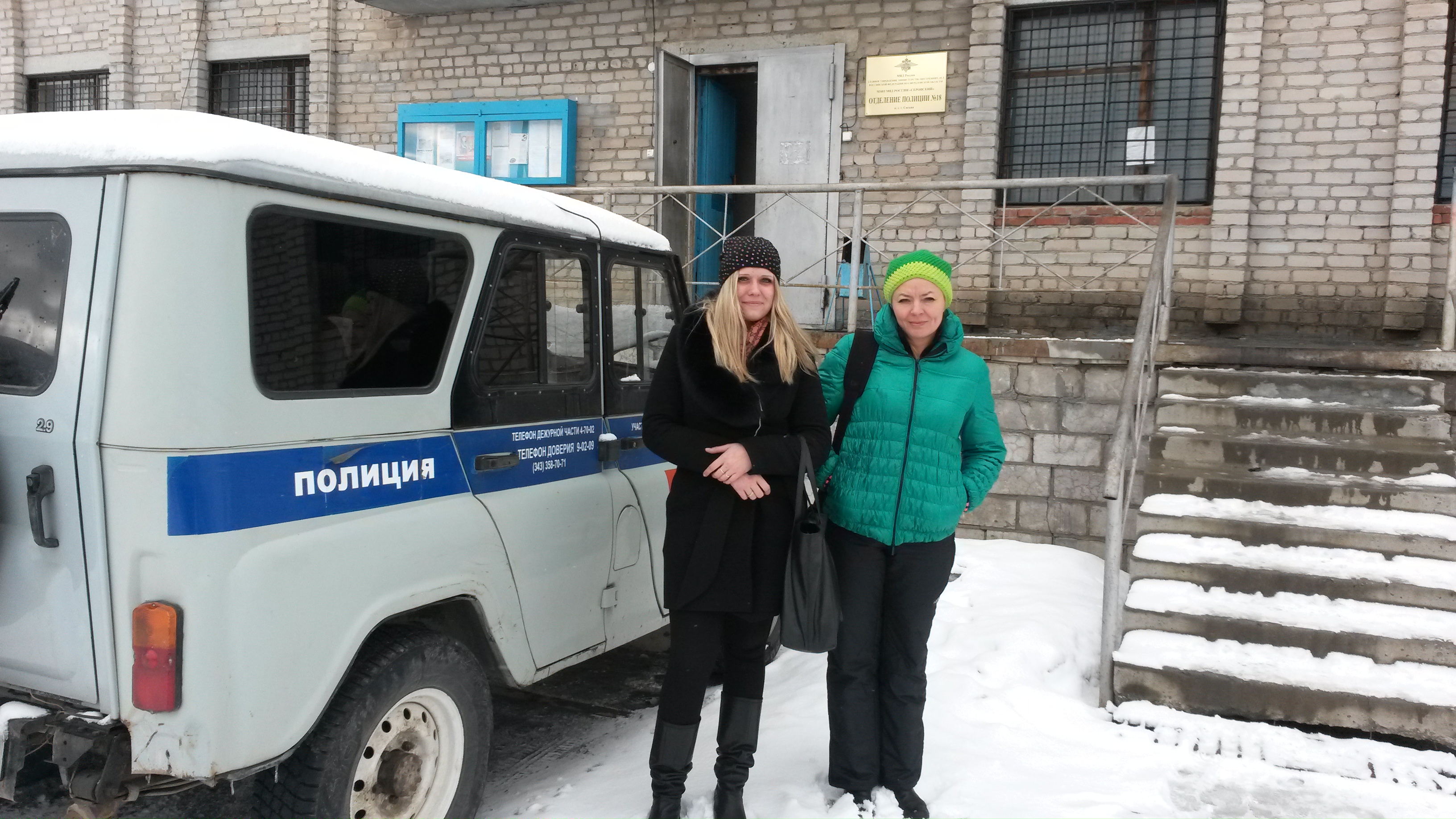 Today on March 14th, 2014 members of Public Monitoring Committee Larisa Zakharova and Svetlana Malyugina were subject to provocation from prison officers right at check point in Sosva after want they happened to be at local police department.

Looking back, Larisa Zakharova and Svetlana Malyugina have taken in at check point of correctional facility №23 for drawing up an administrative offence report regarding to attempt to carry 111 rubles and 50 coins inside of facility which found in coat pocket of Svetlana Malyugina. It’s worth to note that Svetlana gave away everything prohibited including cell phone, charger,  4520 rubles and audio player whilst going through check point.

Explanations of members of Public Monitoring Committee that this money were left in a pocket by mistake have been ignored as well as reference to the similar case in Tatarstan.

According to Svetlana Malyugina: “Prison officers were very glad when metal detector activated on 1 coin forgotten in a pocket. Having put my hand inside I took out 110 rubles more. Officers were even happier. Later on we happened to be at police department. I can call it regular provocation. They revenge us for honest work.”

Svetlana Malyugina were convoyed to police department and Larisa Zakharova followed her.

At police department officer questioned Svetlana and Larisa upon this case. Members of Public Monitoring Committee handed in a decision of Supreme Court in the same case and told that they gave all money at check point.

Police officer were surprised with a fact that prison officers turned this story into administrative case.

After having copied mandates of members and a decision of Supreme Court, officer has delivered judgment of cassetur breve and promised to inform Svetlana in written form.

Member of Public Monitoring Committee Svetlana Malyugina considers the whole thing as a provocation intending to obstruct her public activity.

Unlawful actions of correctional facility №23 will be challenged in a court.

Afterwards members have made their way back to correctional facility №23 to perform their duties.

» While executing the project means of state assistance are used allocated as grant according to Order of President of the Russian Federation on 18.09.2013 № 348-рп”) and based on competition of Donor”

In medical correctional facility №23 inspection ended up with beating of convict. Video