Members of Public Monitoring Committee Larisa Zakharova and Svetlana Malyugina together with Council Expert under Ombudsman of the Russian Federation Aleksey Sokolov arrived to inspect prison №62 in Ivdel on March 18th, 2014.

We couldn’t get there straight away due to absence of warden and his deputy chief A. Svyatodukhov was receiving a delegation from Ivdel administration headed by town mayor. Election is close at hand they said. Election campaigning is underway. But what they agitate for and against remained unknown.

Taking into consideration that Svyatodukhov was busy, members were forced to wait for him. 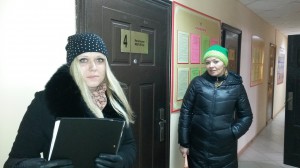 But we carried out inspection anyway but only in the evening when Larisa Zakharova and Svetlana Malyugina came back from prison №63.

Members of Public Monitoring Committee found convict Galeyev from medical correctional facility №58 in quarantine zone. This convict asked for confidential meeting where he told Larisa and Svetlana that upon arrival in prison №62 someone «Misha» beat him in quarantine zone. He was beaten in the head with 1,5 liters plastic bottles filled with water in order not to leave bruises. It happened after Galeyev refused to run from check point to quarantine zone during reception of new inmates. 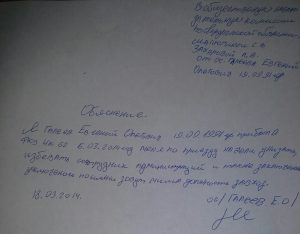 All the rest refused to talk to human rights activists. Later members while being in alert unit noticed how «Misha» took a swing at convicts sitting on a bench. His aggressive behavior was obvious.

Also we discovered another convict O. in high security squad who had a black eye. He wrote a statement that prison staff had beaten him.

After this inspection we concluded that complaints are not sent out and convicts realize that it’s useless to ask anyone for help.

Upon infliction of bodily harm complaints were filed to Investigation Committee and Ivdel Prosecutor office  over places of confinement.

«while executing the project means of state assistance are used allocated as grant according to Order of President of the Russian Federation on 18.09.2013 № 348-рп”) and based on competition of Donor”