This colony is considered to be torture chamber and one of the most problematic in Sverdlovsk region. In appearance it looks like demonstration place where all rules and laws are abided. There are variety of educational programs and hockey team etc. The chief deputy in educational work is Alexander Dugin. He calls himself NKVD in the fifth generation. 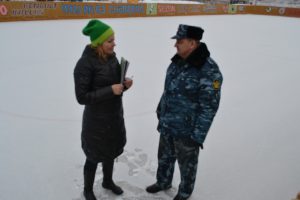 He treats convict «fatherlike», saying in the course of inspection by Public Committees that members will leave and «I’m going to give you presents». He is knocking on inmates’ heads probably trying to knock fear into their minds which they face if members hear the truth form inmates.

Within inspections all convicts, exactly all convicts stand and answer questions keeping their heads down, responses are indistinct. Neither complaints nor statements. They say everything is fine.

Members of Public Monitoring Committees don’t believe in these answers and there are some grounds for them. Once convict leaves colony, he starts to spread information about «anarchy» up there in «perfect» colony. Inmates who are enlisted in so-called «discipline and order section»  apply tortures themselves. These sections are banned by law but cunning administration put another name to them. One convict beats another one to please administration. We wrote about it not once on our site. 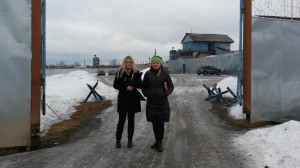 During inspection of members of Public Monitoring Committees didn’t find any violations. Convict keep silence and administration didn’t come over limits when jailers being tired of constant humiliation begin to tell about tortures in zone. It’s not a secret that junior officers deprived of rights in fact and obey «warden assistances». 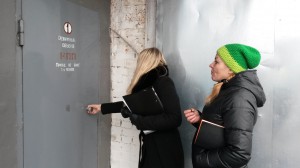 The reason of writing this article is another thing. When members of Public Monitoring Committees Larisa Zakharova and Svetlana Malyugina went inside to inspect colony, expert Council member under Ombudsman in the Russian Federation Aleksey Sokolov applied a statement in order to get a meeting with convict Maglakidze who was a subject to beatings. Aleksey Sokolov was waiting for meeting permission whole day. 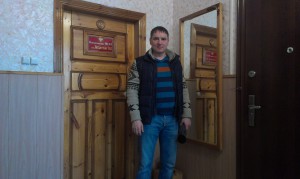 Nobody signed the statement for Sokolov but important fact was found: member from another public organization who had arrived after Sokolov, went through check point without any problems. But to sign the statement he came over only by day’s end.

Apparently some «human rights defenders» are in good standing that’s why the doors are widely opened for them. They firstly state about tortures, violence, sexual harassment in penal colony № 63 but later they refuse their words and lay blame on journalists. They organize inspection for penal colony after these scandals. Later on site of Ombudsman in Sverdlovsk region you might see a statement dated 17.03.2013 where this colony is described in lofty strain covering crimes of administration and their subordinates.

Well….  Administration likes such fake human rights defenders.. For some reasons. They go through green channel inside of colony. Obviously these defenders have different aims not correction of situation in Federal Service for Execution of punishment but personal interest.

We can suggest that these people are interested in keeping torture system in colonies because if everything is fine: nobody tortures convict and rights are observed, they will lose all profits…