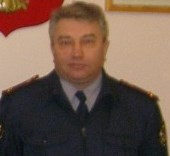 Human rights defenders of the Urals continues their activity in legal literacy for the chief of colonies in Sverdlovsk region.

The things is chief of this facility Y.L.Laptev has denied access to colony twice in February for attorney Roman Kachanov. Although he provided him with meeting in January.

The reason for denial was mail from investigator in the Ural Federal District requiring to admit only special attorneys to accused in Kopeysk case.

It should be noted that relevant complaint from Roman Kachanov of chief actions has produced an effect.

Thus, in return letter of chief deputy of Federal Service for Execution of punishment V.A. Shipicin says that «According to laws in force of the Russian Federation, above mention mail is not excuse for denial of access for attorney. Chief Y.L.Laptev is warned about personal responsibility in event of such actions».

It’s good to know that in Federal Service for Execution of punishment they still remember about «law in force of Russia»!

There is no response from Nizhny Tagil prosecutor office..

But by the time of response from Federal Service Roman Kachanov had already filled a claim to court. Today we had the first and the last court hearing upon this lawsuit.

Judge of Verkh-Isetsky regional court Evgeniya Savelieva who earlier examined such cases, handed down a decision to declare these actions to be unlawful. Court obligates colony chief not to obstruct attorney Roman Kachanov.

Upon receiving a decision, we’ll post it on site. 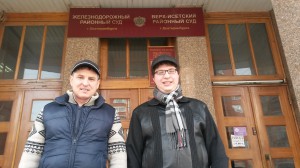