Today we had a human rights trip to colonies of Nizhny Tagil with Expert Council under the Ombudsman in the Russian Federation Aleksey Sokolov and attorney Vladimir Kapustin. The reason was request of relative of suspect Y. who is in pre trial detention center-3 in San-Donato of Nizhny Tagil. This relative says in her request that suspect Y. has launched a hunger strike protesting against unlawful actions of pre trial detention center staff who according to his version, had taken his personal belongings and put him into one-man cell. Hunger strike was launched on March 13th,2014 and today early in the morning upon arrival to isolator we found out that Y. had been transferred to hospital under penal colony №2 in Yekaterinburg.

Due to this fact Human rights defenders of the Urals addressed to Public Monitoring Committee and tomorrow on March 26th,2014 members will check detention conditions and general health condition of suspect Y. Also Vladimir Kapustin and Aleksey Sokolov have inspected correctional medical facility where they carried out legal consultation for disease convicts. Problems with admission occurred right away. Aleksey and Vladimir were forced to wait 2 hours for administration signing permission for meetings.

After signing it, lunch break was till 13.00 then defenders could manage to meet with convicts. Upon carrying meetings no problems occurred. Later on we discovered why defenders had problems with admission. Chief of medical facility E. Mamedov was on business travel and his assistant in staff and educational work Vladimir Viktorovich Nachikov decided «to play smart». At first Vladimir Viktorovich thoroughly examined Charter of Fund «For protection of convicts’ rights» than ID of Aleksey Sokolov and attorney ID of Vladimir Kapustin, after that said:»Wait» in authoritative tone. 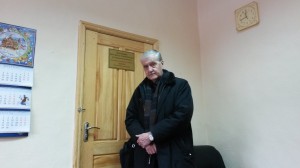 Human rights defenders had been waiting for 2 hours and as a excuse they got from Vladimir:»I’m working and I’ve a lot of stuff to do». It was already 11 am and he didn’t start his shift yet.   For what prison officers get their salary we don’t know. Vladimir Kapustin didn’t leave unattended also penal colony № 12. One convict asked for consultation in criminal case in particular how to file a claim properly. In main office of colony they told Kapustin that there were no escorts for him and to come back on Thursday here. Chief secretary refused to take a statement on meeting.

Vladimir Yakovlevich tried to object but after realizing that secretary turned her deaf ear to him, decided just to leave colony. 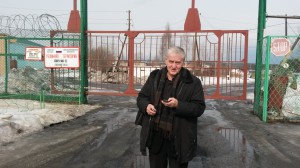 Upon this fact we will file a claim to Prosecutor office and Federal Service for Execution of punishment in Sverdlovsk region. 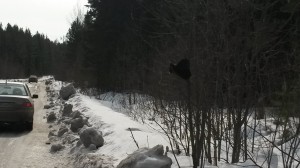