By all accounts difficult situation has come about recently in penal colony № 5 of Nizhny Tagil, it’s all connected with tortures and beatings of convicts. They are beaten by batons, hanged on iron bars in such ways that convicts have deep-grooved stigmas on wrists.

Prosecutor office and Investigation Committee don’t find any violations and don’t want to notice how tortures are applied towards people. Human rights defenders send complaints all the time on behalf of convicts but they receive formal reply only. So members of Public Monitoring Committee : Vasily Rybakov, Svetlana Maluygina, Sergey Kirillov and others went to Nizhny Tagil colonies. Sergey Kirillov made his way to penal colony № 1, Vasily Rybakov and Svetlana Malyugina – to well –known penal colony № 5 where torture are common practice.

Vasily and Svetlana while going through solitaries again found convict who was a subject to cruel beatings because he made a call to member of Public Monitoring Committee Ashurbek Manasov and informed him how jailers beat convict N. Mansov promised to come over in 3-4 days. 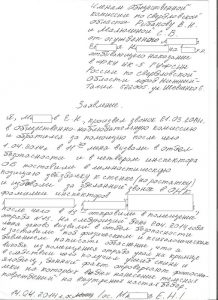 According to Vasily Rybakov: “On April 14, 2014 S. Malyugina and I visited penal colony № 5. In the course of inspection we received complaints of beatings from convicts.  Despite of beaten convict were in hospital. The last record in on 05.03.2014. No records about traces of beatings on convict’s body. 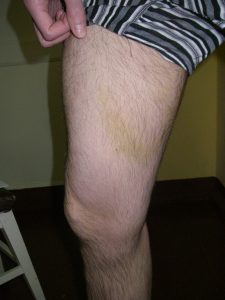 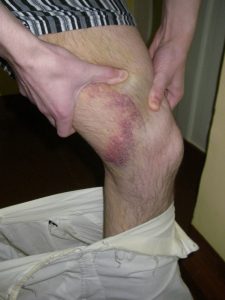 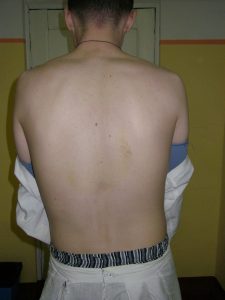 Last name of member of Public Monitoring Committee is Manasov. He inspected colony on April 9, 2014 but didn’t leave any records or complaints of living conditions….

I think that correctional facility’s officers who applied brute force because convict addressed to members of Public Monitoring Committee had launched a challenge against members. Well… we have to take it.”

So far it’s the fifth complaint from there proved with photos.

Due to this fact reasonable doubts appear over competency of officers or maybe the thing is about corruption relations between jailers and authorities? Maybe they feel free to do whatever they want?