On April, 18th, 2014  in penal colony № 10 of Yekaterinburg as a part of project «Public service of penitentiary control in the Ural Federal region», member of Public Monitoring Committee of Sverdlovsk region and lawyer Larisa Zakharova, the chairman of «Trans regional center of human rights» and attorney Roman Kachanov, member of Expert Council under Ombudsman in the Russian Federation and the head of NGO «Legal Basis» Aleksey Sokolov, as well as monitor of mobile human rights groups Elena Kozlova together with assistant of the chief of Federal Service for Execution of punishment  Georgy Gubankov organized discussion for the purpose of legal education and co-work in questions of observance of human rights.

There have been officers from different services of penal colony № 10 and representatives of press-service of Federal Service for Execution of punishment of Sverdlovsk region. 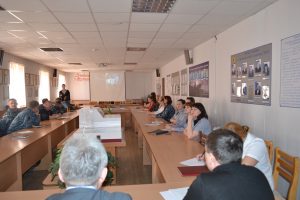 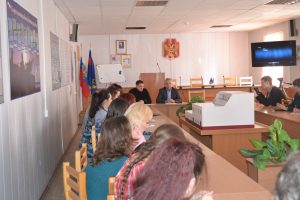 The main topic of discussion was film of Oliver Hirschbiegel «Experiment». The plot is based on a true experiment in simulation of behavior of prisoners and jailers with help of 19 volunteers ended up tragically.

In the early 80’s in Europe a group of psychologists run experiments connecting with humans behavior in critical, emergency situation. The results were fantastical. It turned out that most people are ready to inflict pain to others when they are ordered to do so. The order in this situation is the only one ground but later many of them denied their words upon the end of experiment.

Many scenes of film are based on a true experiment of Zimbardo. Among them:

-enforcement to do pushups;

-the subjection of the prisoners by appliance of the gas;

-enforcement to clean toilets with their clothes;

— huge safe where jailers promise prisoners to put into.

After watching film representatives from colony, Federal Service for Execution of punishment and human rights defenders put forward opinions on main questions such as,

-How does power influence human nature?

-Does the suppression of personality help correctional education of prisoners?

— What does corporate culture of representatives from executive powers signify?

— What is the leader without formal authority’ role in some social groups?

—  Are we able to neglect interests of one person for controlling safety and order of all facility? 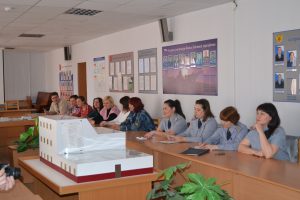 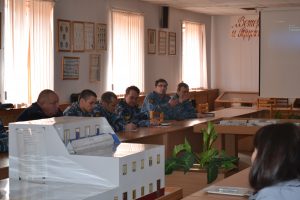 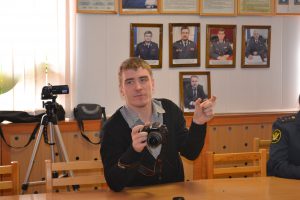 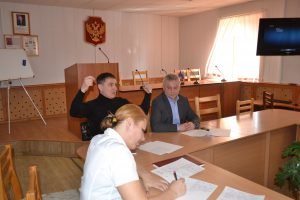 At the end of meeting all presenting people agreed with the thing that humiliation and violence don’t educate people but make him anger.

Participants said that it would be good to conduct such discussions, helping to come to the one opinion in the field of observance of human rights, to develop one methods of cooperation, including mediation, law, psychology, sociology, linguistic, conflict resolution study where the main advantage is active position of people in solution finding.