Fund Expert «For protection convicts’ rights» Aleksey Sokolov made his way to penal colony № 56 in Lozvinsky of Sverdlovsk region in order to carry legal assistance for convict sentenced to life term, who is asserting his rights in the court. The warden Subkan Dadashev was absent at working place due to travel orders and he appointed his deputy Vilums to carry out duties of warden.

Over again officer Vilums pilloried human rights defender by refusing meetings to him upon contrived pretext and sending him across the colony from one office to other one. The reasons for rejection are statements weren’t written as Vilums wanted.

After assistance of chief of Federal Service for Execution of punishment Georgy Gubankov help, meeting was given in the second half of a day but only with one convict, the second one was on meeting with family members (as they said). However Vilums refused to make a record about it in a statement.

We filed claims over all facts, now statements are being prepared to be sent to the court. 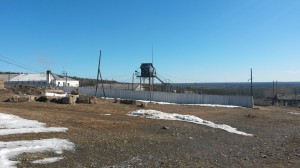 Next day Aleksey Sokolov visited penal colony № 8 in Gari. There are no roads to this place but kind of directions and it seems that someone laughs at drivers by road signs: speed limit 30-40 km/h. 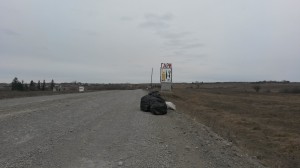 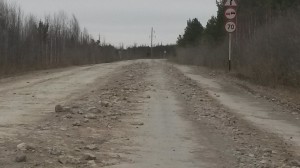 In this colony there is a prisoner who has two sentences in different courts but due to the gross negligence of officers from special department, these sentences were not joined together into one. Because of this term of punishment of the first and the second sentences are finished up on March 14th, 2014.  Then this prisoner addressed to Human rights defenders of the Urals who in turn have sent complaints to Investigation Committee and Prosecutor Office in order to protect prisoner who is being kept illegally in facility.

Human rights defenders of the Urals will challenge this response in the court. Also asking only one question: «On what grounds convict A. were detained in colony from 14.03.2014 till 28.03.2014?». We will be waiting for regional prosecutor’s response. But fact of illegal acts are obvious.

We demanded a meeting with convict A. again with help of Regional Prison Committee because warden was absent and nobody could permit defenders to do their job on the colony territory. Aleksey Sokolov got this meeting with a great effort but under supervision of two officers from administration . Aleskey thinks that such behavior of officers is outrage.

Human rights defenders of the Urals are carrying their duties in order to protect people rights.