On June 1-4 2014 Experts of Fund «For convicts’ rights protection» Aleksey Sokolov and Larisa Zakharova visited one of the troublesome colonies in Ivdel and Sosva areas in Sverdlovsk region. The reason was necessity to give legal consultations to convicts who earlier had addressed to human rights organization in order to protect their rights.

Upon arrival Aleksey Sokolov and Larisa Zakharova went to different colonies: Aleksey went to penal colony № 56 of Lozvinsky and Larisa — to medical correctional facility № 58 of Nadumovka. After Aleksey arrived at penal colony № 56, he got a meeting with no problem and could provide two convicts with legal assistance. In the course of meeting Aleksey was discussing process of filing claims with convicts against jailers who earlier had obstructed Aleksey to help them. 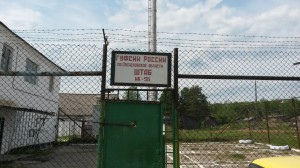 Larisa Zakharova could get into medical correctional facility № 58 only after 15:30 because chief deputy went out only after lunch. Then he was studying Larisa’s documents. One hour later Larisa met with one prisoner who had claim of legal help. Convict S. is being in solitary without table and chair, he suffers a lot because S. has problems with supporting-motor system. Larisa couldn’t see two more convicts, but she kind of «participate in fire fighting» by calling 911. In general prisoners didn’t complain of physical abuse from jailers.

In this colony one convict whose mother asked human rights activists to check his condition and health. The reason of these worries is obvious — this convict is considered to be complainant among jailers who writes claims against colony administration upon unlawful actions and detainment conditions.

Convcit M. wasn’t in colony because he had been transferred to hospital at penal colony № 15.

Having arrived at main office of colony, human rights defenders saw which conditions officers of penal colony № 18 have to work under. There are two main offices in colony: the first is where colony chief, operative services, outer office are. This office is located in good-looking building. But the second one with special department, offices with mentors is in critical condition.

How can colony chief work tranquilly when his officers are in danger every day? Or maybe chief doesn’t care or he is blind? As for his office, it is located in safe place. 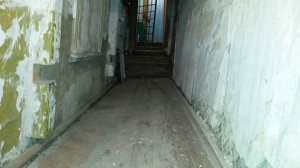 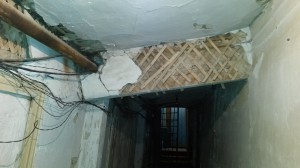 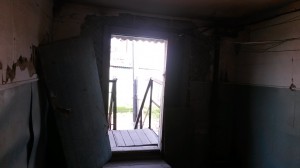 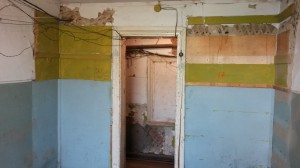 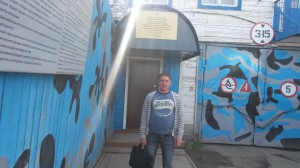 Aleksey Sokolov registered a request and began to expect colony chief who was in living zone of facility. Aleksey was waiting all day long in main office of colony. Chief A. Gaus was wandering around colony either across living zone or somewhere else. At the end of working day, Aleskey was announced that his request was rejected without any reasons.

Upon this fact defenders have filed a claim against illegal actions of colony chief Andrey Gaus. 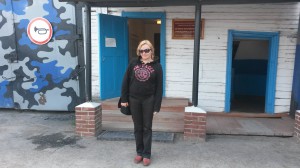 Larisa Zakharova has checked five convicts in medical correctional facility who earlier had complained of detainment conditions and inappropriate medication. After our previous inspections, they finally began minor repairs but as convicts said not as good as they expected. Utov Martin is severely ill patient whose claim on release due to disease has been rejected by the court because colony administration gave negative characteristics about Utov.  He feels very bad — say other convicts. His disease is in the list for release, but he is going to die slowly.

By the way, squad № 1 is called «Mortuary». It was told by M. Gasanov who is in solitary now.

Everybody who complains is referred to «party of Gasanov». Usually they are incarcerated into solitaries, threaten, deprived of everything. As for those who keep mouth shut, jailers diagnose open form of tuberculosis and put them into better conditions.