On June 5 2014 there was court hearing in Verkh-Isetsky regional courthouse in Yekaterinburg upon complaint of attorney Tatyana Okushko. Her complaint was about decision of investigator D.S.Kostromin who refused to initiate a criminal case over death of convict Tarkhan Kartoyev in famous penal colony № 2 in Yekaterinburg.

Let us recall that convict Tarkhan Kartoyev upon arrival at penal colony № 2 died suddenly. According to jailers and officers of Investigation Committe in Sverdlovsk region, convict died of heart attack, also it was stated that there were no bodily harm on him. No surprise that criminal case has not been initiated over Tarkhan’s death.

Human rights defenders put forward an opinion that death of Kartoyev was due to beatings, so they brought photos of dead body with marks from beatings as evidence. After additional check Investigation Committee of Sverdlovsk region have confirmed presence of traumas on body. But over again investigator Kostromin refused to open a criminal case.

Human rights defenders tried not once to study materials of checks but this case was floating from Investigation Committee to different departments of Sverdlovsk region; back and forth.

Then attorney Tatyana Okushko from Moscow who is representing family of Tarkhoeyv, has filed a claim to Verkh-Isetsky regional court of Yekaterinburg and challenged unlawful actions of investigator D.Kostromin refusing to initiate a criminal case. 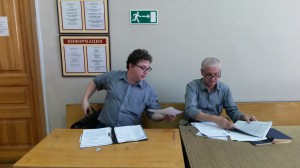 The main arguments which attorneys referred to:

— investigator Kostromin didn’t find out why suddenly cameras broke down in colony the day of Kartoyev’s death.

-investigator Kostromin didn’t question convicts from colony № 2 over death of Tarkhan and instructed jailers to do it (!?).

-investigator Kostromin must have initiated a criminal case upon death of Kartoyev when there was evidence of crime.

-investigator Kostromin deprived affected party of rights and guarantees provided by law, in particular to take part in inspection, challenge illegal actions of investigator. The fact itself of not initiated criminal case says that State represented by law bodies are not interested in finding the truth and guilty ones.

During court hearing investigator Kostromin was represented by his chief Logunov and officer of Prosecutor office who together were trying to assure judge that death was caused by heart attack and as for facts of bodily harm, materials were given to police. If you need you can go to the police and find out there (!?).

In general authorities in the name of Investigation Committee assisted criminals.

It resulted in murder of convict in penal colony № 2. 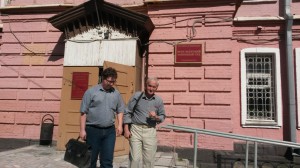 Once we get a decision upon complaint, we will post it on the site.