MENUMENU
Главная News «If you are ill, stay in a bed. Supreme Court of the...
Поделиться
Твитнуть

The point of the case was to challenge Order № 119 of Ministry of Health and social development of the Russian Federation and № 640 of Ministry of Justice of the Russian Federation from 17.10.2005 «On medical treatment for convicts». These documents include prohibition of meetings with convicts in medical correctional facilities due to the fact that these meetings may have negative influence on health condition. Decision of such prohibition is made by hospital chief according to written conclusion of doctor and chief department.

In Sverdlovsk region, particularly in penal colony №2 this statement is used to prohibit meetings with convicts for human rights defenders and attorneys when prisoners are subjects to tortures and humiliation…

In January of 2013 Human rights defenders of the Urals wrote about anticonstitutional practice in penal colony № 2 in Sverdlovsk region.

Finally today this case was resolved in Supreme Court of Russia. Attorney Roman Kachanov, as well as representatives of convicts Larisa Zakharova and Svetlana Malyugina explained all grounds upon which № 119 breaches convicts’ rights in legal help from attorneys and human rights defenders. 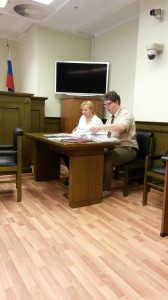 Petition of convicts, attorney and representatives were satisfied by court decision. 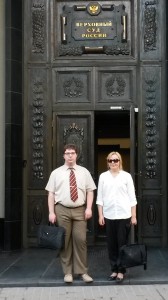 We will post decision on the site: «Human rights defenders of the Urals as soon as we get it.

Now we can say that colony officers of any correctional facility across the country will not be able to obstruct human rights defenders and attorneys.