On June 2014 one-man picket was held in Moscow for the purpose of drawing attention to tortures and human rights in correctional facilities issues.

Law allows to carry out such events without filing a notice and we always follow the law. We have made the poster: «No Tortures».

Aleksey Sokolov was holding this poster near receiving office. The same time meeting of Public Council under Federal Service for Execution of punishment was held in the building.

During picket a lot of passersby trying  to support this picket came up to Aleksey. I was really surprised. Citizen activism of Moscow natives is far higher compared to provincial. Many people wanted to join picket and leave their signatures, so we had to explain people that if we let them stay we will break the law. 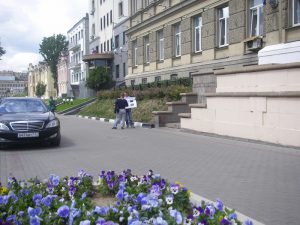 After three we saw members of Public Council under Federal Service for Execution of punishment. The first ones who came up were representatives of Judaic confession. They told us that were talking about tortures in the course of meeting, then got in the cars and left. Representatives said it this way so we realised they didn’t speak about tortures at all. 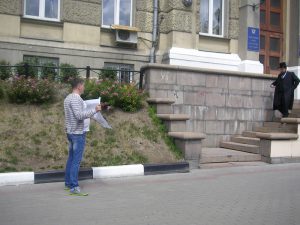 Later representative of Orthodox confession showed up and in answer of Aleksey Sokolov’s question: what kind of measures are taken in system of Federal Service, he just run away saying that they need to discuss it later. 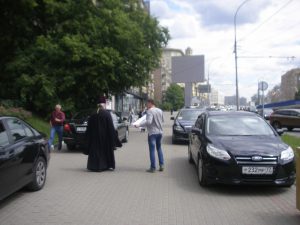 Then we faced the Chairman of Public Council — Vladimir Valentinovich Menshov. He didn’t believe Aleksey’s information about tortures in correctional facilities of Sverdlovsk region and said he didn’t have grounds to believe in. But at least Vladimir Valentinovich asked to send him official requests with facts and evidence of violence in system of prisons in Sverdlovsk regions. 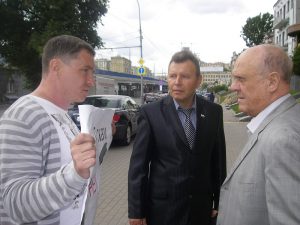 Also we managed to talk to first deputy of Director of Federal Service — Anatoly Ryduy. General attentively heard us out. We told him about problems in penal colony № 5 in Nizhny Tagil and penal colony № 2 in Yekaterinburg. Anatoly Ryduy promised to figure it out and take measures.

We didn’t get used to trust words of officers from Federal Service but we do hope that word of General is worth something.