Lately in penal colony № 2 in Yekaterinburg has been alarming situation when convicts die under strange circumstances and usually cause of death is either heart failure or HIV infection. Upon the most terrible case — death of convict Tarkhan Kartoyev on June 29th 2014 there was stated that his death was caused by heart failure. However it turned out during autopsy that dead body was dark blue from bodily harm and bruises.

Despite obvious evidence our «respected» investigators from Investigation Committee make orders to dismiss criminal complaint. Human rights defenders and attorneys could managed to challenge this unlawful order of D.S.Kostromin only 8 months later.

On April 29th 2014 another cruel homicide of convict R. took place in colony.

On June 13th 2014 again strange death of convict S. Dead body was not given to relatives from 2 days. Until human rights defenders and human-rights Ombudsman got involved, jailers didn’t want to bring dead body back to his family. 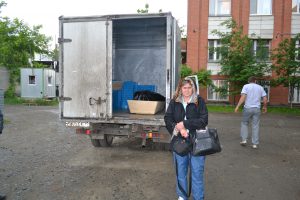 After examination of body numerous bodily harm happened to be found. 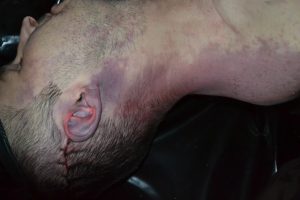 Besides Major Alexander Tkachenko still has position of chief of special department at colony hospital who also has criminal case under belt upon death of convict.

Thus, in 2005 jailers of penal colony № 2 — Alexander Tkachenko and Alexander Birbasov were declared to be guilty of abuse of authority that resulted in death of convict Sergey Loboda. Tkachenko and Birbasov were sentenced to 10 years term. Later on this sentence was changed by Sverdlovsk regional court apparently due to pressure from Federal Service for Execution of punishment’ chiefs.

Who placed A. Tkachenko in a colony № 2 after court and sentence and let him to get Major? It’s matter of argument.

The awful fact is that investigation department don’t initiate criminal cases when there are all obvious evidence and pre-investigation check is set to be done to jailers of penal colony № 2.

Sverdlovsk Prosecutor office stays deaf and blind to all petitions and requests of human rights defenders, lawyers and prisoners.

Recently on June 6th 2014 upon statement of attorney and group of convicts, Supreme Court of the Russian Federation has declared Order № 119 of Ministry of Health and Ministry of Justice to be illegal which says that attorneys and others are not allowed to meet with ill convicts.

We know jailers use this Order to hide traces of tortures and abuse.

As far as information goes, Order № 119 (declared to be illegal) was applied and still applied only in penal colony № 2.

Change of chiefs of colonies which has been going on for 10 years, doesn’t solve the problem. 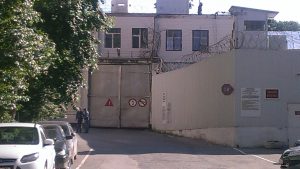 Penal colony № 2 is located in central part of Sverdlovsk region and Ural Federal district — the city of Yekateringburg, close to the main square of city — 1905 Square. Across the street there is central stadium that in 2018 will be of the main places in FIFA World Cup. Football players and sport fans will be surprised a lot that competition takes place not far away from the place where people are being tortured and dying.

How will it affect reputation of Yekaterinburg and Russia?