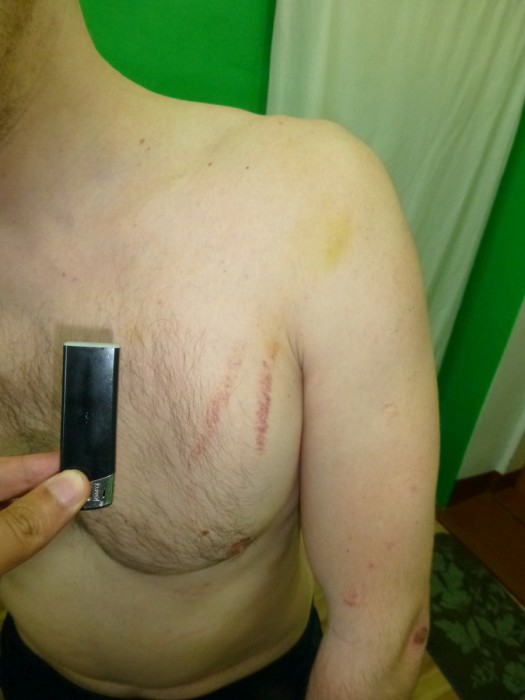 The person under investigation is seeking help in Public Monitoring Committee in Nizhegorodsjkaya region. He has informed Committee members of villainous tortures he was experiencing in penal colony №14 (Nizhegorodskaya region, settlement Sukhobezvodnoe).

Human rights defenders have already sent petitions to General Prosecutor office, Investigation Committee, Federal Service for Execution of punishment with demands to protect this convict, conduct investigation upon mentioned facts and provide him with attorney.

However in spite of the fact that petitions and all information were filed on June 11th to Semenovsky district investigation department in Nizhnegorodskaya region, chief of department -Aleksey Yuzhin decided to start investigation proceedings on June 19th and only after requests from attorney. On June 23d Yuzin extended timing of pre investigation check to 30 days.

Due to the real danger for life, lawyers of «Committee Against Torture» have petitioned European Court of Human Rights to take measures. 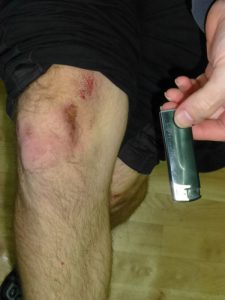 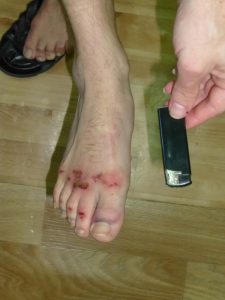 On June 10th 2014 in the course of inspection of penal colony № 14 in Nizhegorodskaya region, members of Public Monitoring Committee talked to the person under investigation M. He told human  rights defenders that on April 10th he was transferred from pre trial detention center-1 to premises operating as investigative detention facility located on colony grounds. According to him, it was done in order he would confess up in alleged crimes. At least in his opinion, officer of Ministry of Internal Affairs uttered threats to M.

M. also told about terrible tortures and abuse towards him: first other prisoners were beating him because they wanted to get confessions. When prisoners realized it was useless, they raped him using rubber hose. As a result M. wrote «acknowledgment of guilty». Besides, prisoners called some officer from Ministry of Internal Affairs in order to fix up confessions and even to edit the text of confessions.

As M. said he was forced to refuse attorneys. On April 29th he dared tell about it to officer of Human-Rights Ombudsman in Nizhegorodskaya region, unfortunately he was afraid to file a complaint in written from — after complaint in words he was beaten again. The same prisoners applied rubber hose and raped him.

On June 16th members of Public Monitoring Committee together with Sukhobezvodenskiy prosecutor -Sergey Morozov visited again M. and found out that he had been tortured twice after complaints. June 12: «when I was escorting to the walk, somebody put a dark bag on my head. They began to choke and tie me up with tape. I could take off the bag and saw three prisoners in masks and one of the convoys who assisted them. Then they started over to choke me…They taped me up and brought me outside. Pushed me to the ground and poured me with cold water. They tore my clothes off and at the same time they choked me with the bag. Poured me with cold water then this hose was put inside of anus. Prisoners pulled me to shower room and on warm water. I came to life, cleared throat, caught breath but I couldn’t get up. It happened to me three years ago. Nobody believed me, told me I was simulating. They put me on the bench and made me change into dry clothes. I was shivering, I couldn’t move, I had cramps. I fell unconscious. They applied sal-ammoniac to bring me back to life».

June 13: «Two prisoners in masks came up to me, grasped my arms and legs, carried me away, put on the bag, tied legs and arms up with tape, put me on the table, undress me and began to force me to write refusal of complaints. » Now we will f..k you for that. They began to put rubber hose in anus with huge force. I said: «You better off killing me. You do such things that I don’t want to live after. Then it was so painful I couldn’t speak but only mumble… When they understood it was useless, prisoners untied me, I fell on the floor, they poured cold water and made me wipe blood with my underwear».

In spite of the fact that petitions and all information were filed on June 11th to Semenovsky district investigation department in Nizhegorodskaya region, as well as General Prosecutor office, Investigation Committee, Federal Service for Execution of punishment, examinations were begun on June 19th when attorney Eugene Gubin got involved there. Upon his petition there was medical investigation of victim at local hospital. Two days later M. was questioned finally. In the course of talks with members of Public Monitoring Committee on June 18th M. complained of illegal actions of administration officer: «Today during rounds Major came in my cell at 9 am, made mess, poured out drinking water, kicked me in the chest».

On June 20th while human rights defenders were inspecting colony, jailers tried to obstruct us to take photos of bodily harm of convict. Also doctor of facility refused to show day book of injuries. We managed to see it only after prosecutor Sergey Morozov got involved. It is not surprise that doctors didn’t want to show  day-book, because traumas of M. were not registered there. As attorney Eugene Gubin said, the same day officers of penal colony № 14 didn’t let him inside for three hours.

«Despite obvious elements of crime, investigator on some weird grounds extends timing of pre investigation check to 30 days, which complicates investigation,- thinks deputy of chairman of Public Monitoring Committee in Nizhegorodskaya region and lawyer of «Committee: Committee Against Torture » — Oleg Khabibrakhmanov.- Also I want to mention important detail. Premises operating as investigative detention facility located on colony grounds requiring complete isolation of a person under investigation from prisoners. On hotel grounds there is building where solitary cells, ward-type rooms and premises operating as investigative detention facility. People admitted there only by permission of duty officer or colony administration. Any movement of a prisoner or a person under investigation is allowed only if he is accompanied by officer. Nevertheless, M. informs us of regular contacts with other prisoners. These accidents could happen only with assistance of several officials. I think investigation bodies must immediately initiate a criminal case not only upon sexual battery but also on abuse of power».

Lawyers of Committee have filed a claim to European Court of Human Rights on violation of article 3 of Convention and asked Court to take steps.

Deputy of the Chairman » Committee Against Torture and Head of international-legal defense -Olga Sadovskaya:»On grounds of Rule 39 of European Court of Human Rights may, in exceptional circumstances, when applicant is in danger, demand State-participant of Convention to take measures which are necessary to protect health and life of applicant. Usually it regards to situations when person is being deported to country where he may be subject to tortures. Or situation when person is being tortured on constant basis which might resulted in death or suicide. We have successful experience of petition of taking measures to Court and we are sure this time positive decision will be handed down.