MENUMENU
Главная News Officials in Republic of Komi are a law unto themselves.. or special...
Поделиться
Твитнуть

On June 23-24 2014 we went to Suktuvkar of Komi Republic with purpose of conducting legal assistance to convicts and participation in demonstrational court hearing.

First of all, you can get from Yekaterinburg to Suktuvkar only thought Moscow or other cities despite the fact that Sverdlovsk region borders Republic of Komi, secondly, local jailers and judges are not good enough. 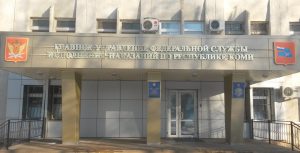 Thus, expert of Fund «For convicts’ rights protection» Tatyana Khmelnickaya couldn’t visit local Federal Service for Execution of punishment. She called there in advance from Yekaterinburg in order to get an appointment with General. They told her she could speak to him only on the phone. So Tatyana Khmelnickaya complained General that colony chief of № 24 located in Ukhta — Alexander Korotkov doesn’t sign power of attorney for one more expert of Fund -Aleksey Sokolov.

Chief of Federal Service for Execution of punishment responded that Korotkov was right because he didn’t have authority to sign power of attorney. Definitely, strange fantasies of General don’t coincide with requirements of Law.

Then Tatyana Khmelnitskaya asked why General doesn’t take steps in improving living conditions for convicts in cells. Conditions in these cells are considered to be torture: toilet as drain pipe with no system of flushing which is not separated from living part of cell. Chief asked her if she saw cell herself? Tatyana said that she had seen it because picture of cell was posted in newspaper. Also there was inspection of members of Public Monitoring Committee — Ernest Mezak and Nikolay Dadyuk who watched with their own eyes. 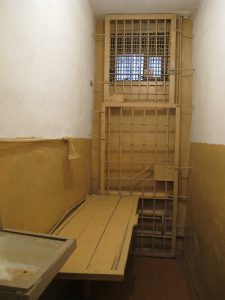 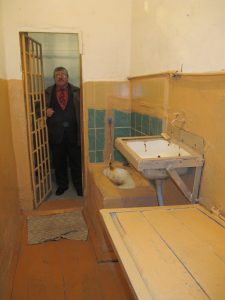 Then Chief said that members have their different norms, we have other; besides Mezak and Sazhin work for Europe and American money. When Tatyana said she didn’t see anything bad in it, General hung up. Thus, not only cells filled with garbage but also head of General… Sad..

Supreme Court of Republic of Komi surprised either. The fromtside of building is new but inside everything is old and shabby. Human rights defenders face rudeness and illiteracy all the time but it couldn’t be any worse. 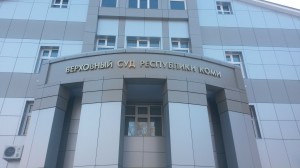 Case of convict P. was studied in the court upon transfer to prison regime. First of all, judge Svetlana Korchagova asked human rights defender Tatyana Khmelnitskaya to leave the place. Attorney Roman Kachanov asked her if the court hearing was open or close? Judge said that it was open case but for some reasons Svetlana didn’t admit Tatyana. 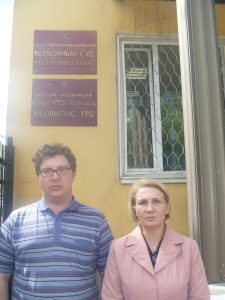 Then judge got to appeal of convict P. upon admission of Tatyana as a defender also. Roman mentioned that there are no reasons not to give this right to Tatyana due to the Law which states that convict may have several defenders. Attorney explained that Constitutional Court of the Russian Federation declares during any stage of proceedings convict may have several defenders and reasons for challenge of defender listed in Art. 72 of Penal Code of the Russian Federation. If there are no such grounds, defender must be admitted. Also Law doesn’t link it with presence or absence of legal education.

But.. Judge Korchagova turned deaf ear to Russian Constitution and Law… rejected this appeal. We guess that judge was ruled by other unknown requirements of another Law system. Maybe it is separatism in Republic of Komi? Or maybe it’s special opinion of judge; kind of philosophy: I don’t want to follow Russian Law and I won’t to! Later judge Korchagova acted rudely, ignoring not only Law but  Code of Judicial Ethics. That moment she didn’t look like judge of Supreme Court of Republic of Komi but like «fishwife». She constantly interrupted attorney, threats to complain on him, fast decisions which resulted only rejections. Judge thinks this kind of behavior to be normal.  As for content of this «decision», there is no justice at all…  «Circus».

Well there is always work for human rights defenders in Republic of Komi!