MENUMENU
Главная News Federal Service for Execution of punishment is in cahoots with felonry of...
Поделиться
Твитнуть 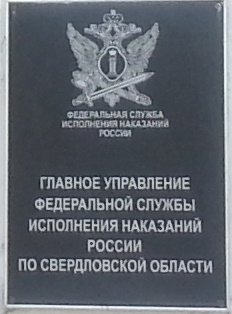 On June 4th 2014 court hearing was about convict B. who was serving his sentence in penal colony № 63 where he was subject to tortures by «convicts-activists».

One more eyewitness has refused his evidences given earlier and proven evidences of victim who was the first telling about situation in penal colony № 63. Other convicts have proven his words either on June 20th.

After court hearing Larisa Zakharova arrived at penal colony № 63 as expert of Fund «For convicts’ rights» to give legal consultations to convicts who had asked for protection earlier. At checkpoint she got refusal by reason of absence  of warden. 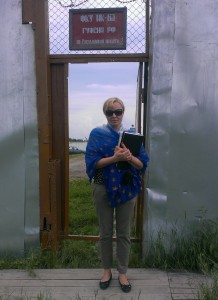 On July 2014 members of Public Monitoring Committee of Sverdlovsk region -Larisa Zakharova and Svetlana Malyugina were in penal colony № 63 to do their legal job.

In the course of inspection members found that Pavel Neypokoyev was being in solitary due to disciplinary punishment for 6 months. He informed members he feels depressed, health condition is getting worse. That is probably the reason why he was the first who has asked us for help and protection.

Also in the cell under strict conditions there is Vladimir Komissarov with other convicts who had written petition about being tortured. He told that on June 26th 2014 all the convicts who had written petitions and given testimony, were cruelly beaten at the time of inspection of members. Convicts were threatened and forced to write false statements.

Komissarov has asked to defend him because none of investigation or prosecutor officers haven’t visited him yet. Komissarovandalltherestarescared.

The next was convict Sergey Leonov telling about unlawfulness and crimes he had participated in. From group of «convicts-activists» he moved to preventive list and got «red line». Leonov said that officers from Federal Service for Execution of punishment in Sverdlovsk region visited him and after conversation with them he made the statement in which he refused everything he had written before.

We don’t have a clue under which circumstances it had been done but obviously not by his own will. Lawyers and human right defenders face these «methods how to change convict’s mind» every time in penal colony № 63 of Ivdel.

Earlier S. Leonov said that he would refuse his confessions in case he wouldn’t be questioned by officers from Investigation Committee.

Another convicts who previously had confessed tortures and violence in there, also was detained in one-man cell. His psychological condition was below zero and he also said he had written confessions in emotional condition. Every convict says he doesn’t have complaints but it’s obvious they are lying.

According to convicts after his video confessions posted over the Internet, officers from  Federal Service for Execution of punishment in Sverdlovsk region who put pressure on convicts in order to make them reject their confessions.

Due to these facts human rights defenders came to conclusion that several officers and maybe even Head of Federal Service — Khudorozhkov want to keep lawless situation in penal colony № 63 where system of suppression of personality on the basis of torture, sexual abuse and humiliation is organized which usually results in high death rate.

What kind of interest do they have? Is it material, corrupt interest? But the fact remains: bodies (Prosecutor office, Investigation Committee, Federal Service for Execution of punishment, Ombudsman) which are supposed to watch correctional facilities, prevent crimes, don’t do anything. Human rights defenders and lawyers have to deal with crimes in colonies on their own. 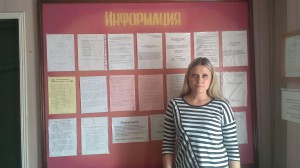 Yesterday on July 7th lawyer Roman Kachanov and expert of Fund «For convicts’ rights» — Svertlana Malyugina were in penal colony № 63. Svetlana came over not as member of Public Monitoring Committee because on Saturday in the course of inspection mandate of member № 1900  was gone in mysterious circumstances after what jailers demanded to leave colony.

Roman Kachanov and Svetlana Malyugina were admitted to colony with no obstacles. However convict Pavel Neupokoyev, who earlier had given damnatory testimony against administration and «convicts-activists», refused to speak to Roman Kachanov about it.

Convict Vladimir Komissarov wrote refusal from meeting.. Roman Kachanov doesn’t know hand writing of Vladimir that’s why Roman is not sure if that statement had been written by Vladimir. There last name of Roman was written with mistakes and without initials.. and highlighted unwillingness to meet within colony…