After inspection by members of Public Monitoring Committee and representatives of Ombudsman on June 20-26 video confessions of several convicts were posted by mass media. There convicts are telling in details how they had been subjects to physical and sexual abuse by «convicts-activists» and even name one «activist» in particular. Members of Committee were writing down everything thoroughly and besides they were taping him. Convict Sergey Leonov told about torture system in penal colony № 63 and who runs it. 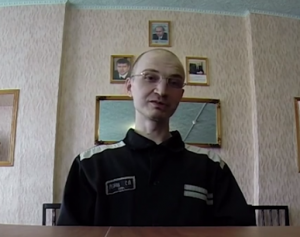 After this inspection members have filed a claim to Investigation Committee in Sverdlovsk region. This is unique thing when convicts who were telling about «activists» had named abuser who in turn had confessed all his offences.

We can say that human rights defenders do all the job which is supposed to be done by Investigation bodies whose officers don’t find violations at all in there. Human rights defenders simply handed it on the plate to the officers. Also everything was shown on TV. Everybody was expecting that Investigation Committee would state that criminal case would be initiated upon publications and claims of defenders. Butitwasnottobe!

Surprising things start happening in penal colony № 63. Yet again in the course of inspection by Public Committee on July 5th on the colony grounds mandate of Svetlana Malyugina has been gone secretly after what jailers demanded members to leave the colony territory. How come mandate has disappeared ??? Anyway members were forced leave.

During inspection one of the convicts tried to hand a complaint to members personally but administration prohibited to do it explaining that firstly complaint must be registered in special department of facility but it was day-off in there… so complaint stayed in the envelope in administration’s hands . Of course they promised to send it out on Monday. 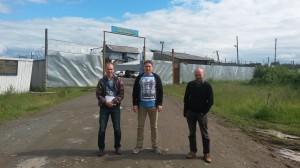 On Thursday members of Public Monitoring Committee — Vasily Rybakov and Dmitry Antonenkov visited the colony as a part of the project «Public service of penitentiary control in the Ural Federal District». Also experts of Fund called «For convicts’ rights defense» — Aleksei Sokolov and Svetlana Malyugina showed up to protect one of the convicts together with members.

Members of Public Monitoring Committee got in the colony where they visited those inmates who are in danger. It turned out that complaint had been sent out, but «convict-activist» had delivered it back to sender and said: «Next time we will put this complaint into anus if you keep doing it». Just like that «special squads» work in the colony. Eachcomplaintisbacktosenderwiththreatening.

Also practically everybody have turned down their statements and claims and refused to see members. But we found out that only field agents of Federal Service and agents of the colony conducted questioning. We can only guess that Head of Investigation Committee in Ivdel region didn’t do complete inspection but gave task to «convicts-activists» to question complainants. Weallknowhowjailersand  «activists» «question» people.

Life of Leonov has changed, he has been put in the preventive list as aggressively inclined. During conversation with members Leonov had handcuffs and according to him handcuffs are permanent thing in his life.

Convict Leonov applied to Ombudsman in Sverdlovsk region through members. In his video message he asked to provide him with public defender. When Leonov was meeting with his attorney, jailers deprived him of right to have private conversation.

Experts of Fund «For convicts’ rights defense» — Aleksei Sokolov and Svetlana Malyugina have not been admitted to their convicts upon groundless reasons.

But on Monday Svetlana Malyugina got a meeting and jailers didn’t ask her for any extra papers.

We realize why all the convicts turned their word down. We understand them either because while they are in torture chambers they will keep silent.

After inspection members decided to carry out public investigation about human rights in the penal colony № 63.

Human rights defenders request all the citizens of Russia who was serving sentences in this colony and used to be subject to physical and sexual abuse to help them to fight this system.