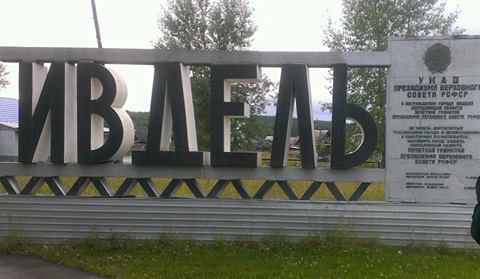 In medical correctional facility № 58 everything is good enough but even it was Saturday, most of prisoners were absent. Probably they were working without days off. Several convicts peered out the corner, who are they? secret…

We saw the inmates playing football.. it means that not every convict lives as a slave. In the yard we saw retired convict who was born in 1948 and still keep working .. he says.. he does it by his choice although it seems to be suspiciously. ..

In medical correctional facilities № 56, 63 of Ivdel prisoners conceal themselves because life is not great there. As they say silence is golden and according to our observation, convicts who ask members of Committee for help, always subjects to cruel «attention» from jailers. We understand them, they are afraid to be beaten, raped, humiliated. This is the way how such inmates are treated in penitentiary system. 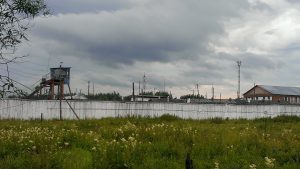 We promised to arrive at the penal colony № 63 this week but we could do it. Firstly we checked those who had cut their veins; they are in different cells under video control. Having inspected ward-type rooms, we moved to squads. Especially we had interest in squad№2 which we had never checked before due to lack of time. Unfortunately we saw things that we were shocked: they sleep in three rows, at three levels, towards the ceiling. How do they get up there, unclear, maybe «they fly». Alsothereoneroomforwashingwith 6 taps. 6 tapsfor 156 inmates!!! I can imagine what is going on in the mornings when everyone wants to wash a face. In the squad № 3 also beds at three levels , between beds there are the narrowest passages. We ask who is sleeping at the third level, no response. They all always keep silence. Experienced inmates say if inmate begins to talk, he will be tortured and beaten.

Also one room for washing with 5 taps and there are 240 inmates. They even cannot wash their feet, no chance. Some were in shoes and it’s obvious they don’t take them off. Jailers don’t uphold standards of living space.  Three one-storey buildings, building with ward-type rooms, quarantine and one-man cells. All that are for 1000 inmates. To remind you: this colony is under high security and every inmate has huge terms of detainment.  How can security be upheld if there is such «space» for people, cruel humiliation towards to prisoners, where one inmate dominates above the other? What might happen in atmosphere where hatred and anger are ruling this place?

Also members of Community are escorted by 2-3 officers. In buildings everything is tidy and perfect, freshly-painted floor. Youknowwhy?

According to people who used to serve sentences there, everything is ideally because nobody lives inside. From dawn to dusk prisoners spend outside no matter what kind of weather it is. Hereareotherrulessetby «convicts- activists».

At the same time these «activists» live in sections for four people and drink tea in armchairs with magazines. They say they have a lot of devices: computers, TVs etc. But when members show up prisoners hide all that stuff in office of warden. This «beauty» forcomingCommittees, relatives, forinspectors.

The worst news was death of one convict who 10 days was full of energy — convict G. He was supposed to have a meeting with Committee but couldn’t get it due to mysterious disappearance of mandate of Public Monitoring Committee’s member — Svetlana Malyugina. There we failed to do our work and help convicts. Among them — guy from Chelyabinsk and on July 16th we found him in medical department and he told us how he was beaten and poured with cold water. 10 days later he was X-rayed and diagnosed pneumonia. Some days later hr died; his last words were: «I have no idea what will happen to me after what I’ve said to you».

We were leaving with headache and sadness.

IvdelLAG as a horrible death machine keeps its work. It’s getting even worse when we realize we live in a society where human life is worth nothing.