As a part of the project «Public service of penitentiary control in the Ural Federal District» human rights defenders have inspected Ivdel correctional facilities where they were consulting convicts. Unfortunately, defenders  couldn’t get into the penal colony № 63.. everything is sad there..

The same day Director of the project — Aleksei Sokolov and lawyer — Krestina Svalukhina have given legal advice prisoners in the penal colony № 56 in Lozvinsky (40 km away from Ivdel).

Attorney Vladimir Kapustin tried to meet convict T. in the penal colony № 63 but in the front office he found out that his convict had been transferred to hospital at the penal colony № 55. Having arrived at medical facility, Vladimir Kapustin saw convict T. to be very ill in the bed, he barely could speak. He has been diagnosed «closed craniocerebral injury». Convict T. was scared and whispered how he had fallen out of the bed.

The penal colony № 63 is considered to be «torture chamber» and numerous death cases make human rights defenders keep an eye on this colony.

The next day — 5.08.2014 — early in the morning members of Committee — Olga Dianova and Larisa Zakharova hurried to the penal colony № 55 to speak to convict T. and tape his statements but administration said no to us.

Aleksei Sokolov and Krestina Svalukhina arrived at the penal colony № 63 where in the front office they registered the statement on meetings with several convicts to help them. 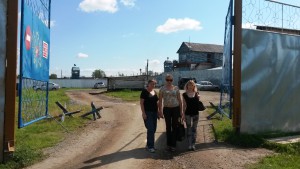 In late afternoon also Olga Dianova and Larisa Zakharova came over to inspect it. All day long defenders were expecting near the colony but they couldn’t meet with their defendants. Theycalled everywhere but it didn’t work. 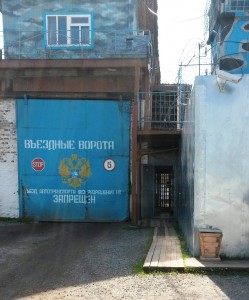 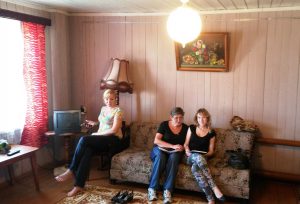 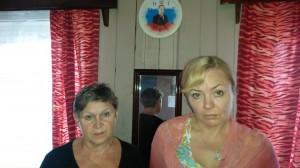 Unlawful actions of administration will be challenged in the court. Defenders have already won court hearings against wardens but apparently wardens don’t learn lessons.

Roman Kachanov was giving legal advice to convicts in the penal colony № 63 and came back to Ivdel.

It was her debut and we congratulate upon it.