MENUMENU
Главная News «The penal colony № 63 is good enough for everybody». Why law...
Поделиться
Твитнуть 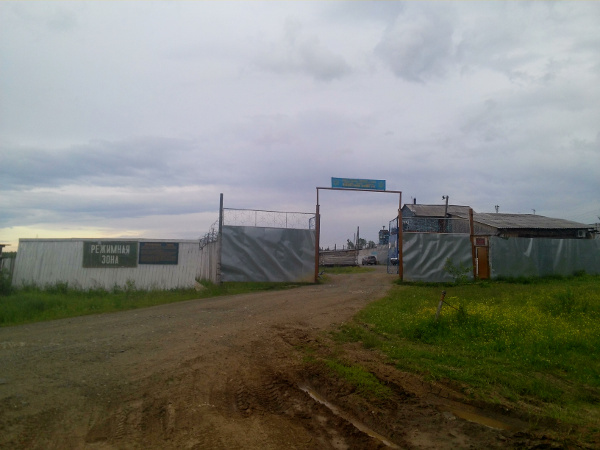 Sverdlovsk human rights defender took extreme measures — hunger strike trying to change situation in the penal colony № 63 in Ivdel. Month ago convicts spoke publicly with shocking confessions about tortures, sexual offences and humiliations happening in the colony. Since that time one prison break occurred, one convict died, another one — almost fell into a coma. Despite these facts, inspection from prosecutor office didn’t find any proofs for words of convicts.  Investigation Committee extends inspection, however nobody believes that truth will be established. «This situation is good enough for everyone. Full confessions cannot show up from nowhere!» say investigators. 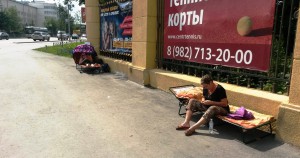 The second day you can see «camp» of Sverdlovsk human rights defenders — Olga Dianova and Larisa Zakharova which they had set right on the sidewalk in front of the Federal Service for Execution of punishment’s building. Women had launched a hunger strike: they have water and folding beds. They are staying there for the night.

«It’s not the first time when we speak about torture system in the colony. A lot of victims asked us for help. Also we heard about tortures from one of those who used to torture and rape inmates.

Inspections upon these statements had officers from Federal Service who for sure didn’t find anything. So we have nothing to do than hunger strike and demand to conduct real investigation and to dismiss warden of the penal colony № 63. We are going to sit here till the moment our demands are fulfilled.» -says Larisa Zakarova to «UralPolit.Ru».

Rumors about terrible Ivdel colony have been going around for recent years. But only this summer the first confessions have appeared from prisoners. Among them there is representative of so-called «activists» — Sergey Leonov who was telling how he used to torture people by order of warden.

«Administration  gives all rights to «activist» in order to keep discipline in there. Warden removed himself from these things. «Activists» deal with documents of convicts, fill in their personal records and have access to computer platforms. I, when I was taken into the «office» as a «psychologist», filled in tests on behalf of inmates. But here it turns into horrible forms»,- tells Leonov. According to him, «activists» suppress others with psychological methods,tortures, rapes.

During the inspections every inmate refused their testimony officially. «We’ve decided to make fun of members of Public Monitoring Committee»,-explains one of them to inspectors.

Meanwhile, in the course of July, in the penal colony № 63 a lot of accidents happened to be there. Thus, on July 23d it became known about prison break of convict Baranov: he run away from penal settlement № 63. Why did Federal Service inform about it so late? Moreover, on the day of prison break members of Committee were on colony grounds: «No evidence of accident there». Member of Committee — Vasily Rybakov thinks Baranov is dead already and he is in the colony.

Also in July one more convict died. He could manage to tell defenders that he had been subject to tortures for attempt to ask members of Committee for help. According to him, representatives of «activists» was beating and poured him with cold water. He had pneumonia and then upon official statement, died of it. This week we found out that another convict in a sad plight was taken from the penal colony № 63 to hospital at the penal colony № 55. We know he was speaking to human rights defenders either. Due to these facts Investigation Committee extends inspection. Truth to be told.. officers from Ivdel Investigation Commitee confess that torture system in the penal colony № 63 is so fixed in law enforcement system and nobody is interested in fact-based investigation.

» The penal colony № 63 is good enough for Federal Security Service of Russia, Department for Organized Crime Control and others. In fact colony exists for this system. Someone even is sent there to «work» with inmates. Prisoners happen to be there for reason, because wardens need full confessions. I was transferring a convict from Tagil to the penal colony № 63 and I knew he had committed a crime. While he was being in Tagil I could do nothing with him. After transfer «activists worked with him».  As a result his case has been sent to the court. That is the reason why colony is good», — admits honestly one of the office from Investigation Committee.