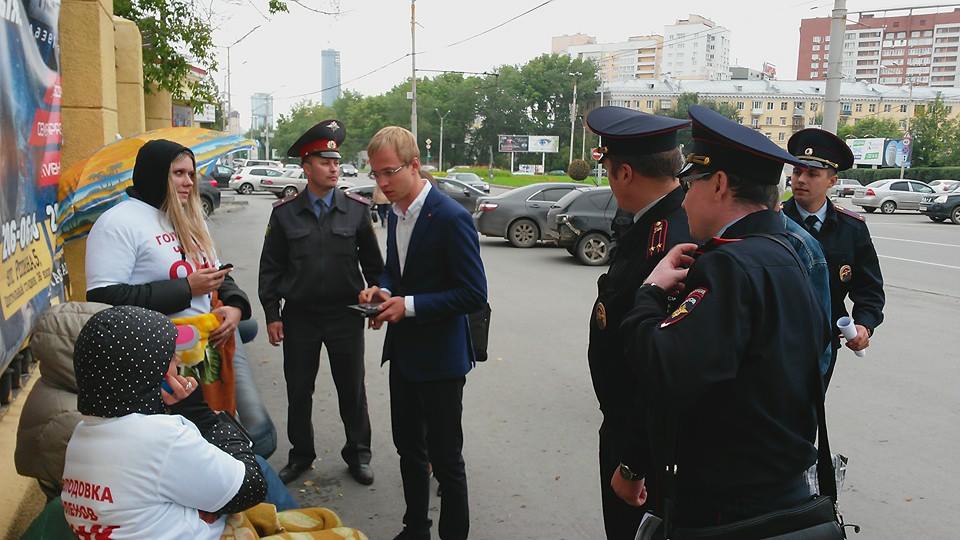 On August 12th, 2014 the authorities made an effort to break up the hunger strike. Guided by police  officer from the administration — Dmitry Katorzhin and said that he saw characteristics of public action in this hunger strike and asked women to leave this place or to keep 40 meters distance from each other.

This officer couldn’t explain where he saw features of public action in there but he read out the Provision from the Federal Law of the Russian Federation № 54  from 19.10.2004 «On meetings, rallies, demonstrations, pickets» which doesn’t control a hunger strike at all.

Women didn’t fight; they decided to conserve strength and made 40 meters distance from each other.

After night accident with police it became clear that Law is not for everyone. Someone is allowed to break it, another one is not.

Police and officer went aside and began to think it over what else they can do.